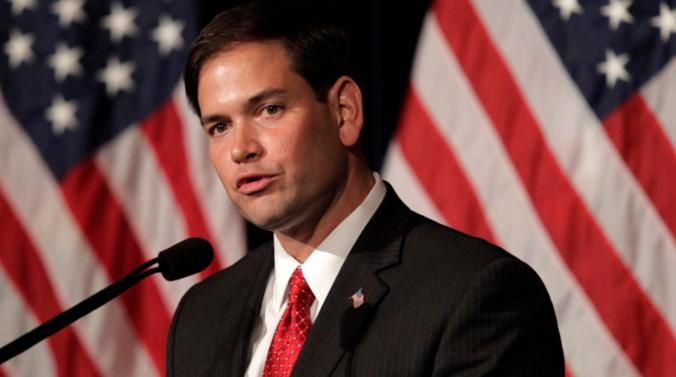 With Donald Trump leading the Republican polls on a wave of prejudicial fervor to “take back America,” and men like Marco Rubio taking the aggressive stance that conservative politics are the only answer to America’s social ills it might pay to step back and look at what that phrase “Take Back America” really means.

Because you could flip a couple words around in that phrase and find out what it really means. “Take America Back” might be a better description. Because that’s what conservatives really want to do, take America “back” to the supposed Good Old Days before social revolution opened the doors to real social equality.

Let’s first consider the fact that the “Good Old Days” never really existed in America. One could point to the period before the 1960s when white America and a largely Christian dynamic ruled the nation, and call that the Good Old Days. But in terms of equality for all Americans, the social mores of that period ignored millions of people in terms of civil rights. Blacks and other minorities were still banned from public spaces and certainly prevented from gaining certain kinds of employment. Women also were typically forced into subservient roles as housewives and order-takers in the work world.

That’s why the 1960s were a necessary step to break down a social order that evolved around the dominance of white males over society.

There was a convenience to those prejudices that fostered the dominance of white males. Those conveniences persist today, and are readily identifiable in the behavior of all those who respond to the dog-whistle racism of slogans such as Take Back America.

Prejudice is the easy choice for many Americans because:

All these brands of fear and discrimination combine to form the prejudicially populist notion of what it means to “Take Back America.” Throw in a bit of disgust about taxes, social programs and other self-interested protestations that actually pale in comparison with how much our nation spends on militarily aggressive “defense spending” and the package of fearful prejudice as a nationalistic life force is complete.

Every Republican on the GOP ticket represents one form of prejudice or another. And sure enough, all they can ever find to say in defense of their fear-based, persecution-hugging worldview is that the liberal media is to blame for all their ills. It all fits the pattern. Prejudice rules among ignorant fools.

Even the lone black person among Republican candidates seems perpetually confused by his roles in this election cycle. Ben Carson has actually stated that slavery was essentially a good thing for blacks in America, and that blacks were happy before all this social revolution stuff occurred. Carson ironically fits the model of what many white Americans seem to want from a black candidate, one that speaks their own prejudices from a platform in which the oppressed speak the words of the oppressors.

And that’s Republican political strategy in a nutshell. Find a way to make people too stupid to recognize their own pain, and you’ve got a voting bloc that will do whatever you want, blame whoever you tell them to, and parrot talking points that actually kill the hopes of all involved.

These are strange times in which we live when prejudice is considered a brand of patriotism.