Everyone knows that in youth baseball, the weakest fielder is always assigned to play right field. That’s because the number of left-handed batters is typically fewer than those who bat rightie, and young right-handed hitters generally are not known for their ability to drive the ball to the opposite field.

But of course the greater insult for any hitter is that moment when you’re up to bat and the opposing team’s Right Fielder actually moves in when you’re up at the plate. That’s a real insult to your hitting skills. When the other team does not even consider you a threat to hit one past their worst fielder, you know you’ve got problems. 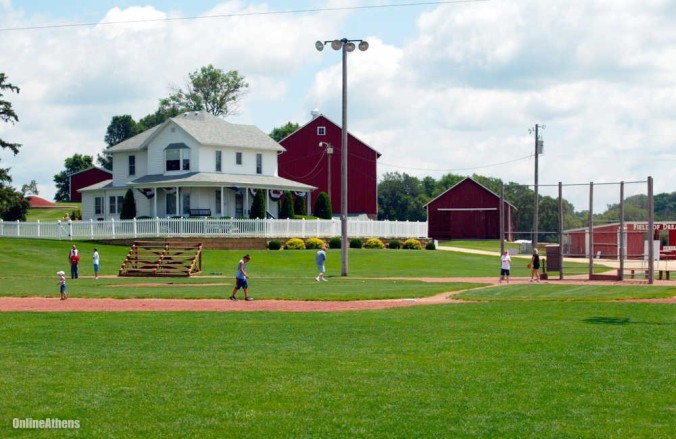 Such has been the case with the Republican Party candidates in the state of Iowa. It’s no coincidence perhaps, that in the state known for the Field of Dreams also hosts the early innings of the presidential election. Already a few candidates have disappeared into the outfield corn with no intention or possibility of coming back. Wisconsin’s Scott Walker, for example, vanished between the cornstalks before the game in Iowa really started. Now Louisiana’s Bobby Jindal is gone too. Vanished. His act was too corny we must presume.

Now it appears Ben Carson is headed for the same type of vanishing point. His inability to even keep score as the game went along is responsible for his fading political game.

Every time he came up to the plate it felt like he was facing the wrong way or claiming he was being thrown the wrong pitches for him to be successful as a hitter. When the media actually quoted statistics about the things he claimed that he’d said and done in the past, his press clippings did not match up with his Babe Ruth brand of bravado.

He probably won’t quit the game, because he truly believes he belongs in his strength and prowess at the plate. But he was the candidate for whom the Right Fielder moved in the farthest, and his soft-spoken opinions still never made it out of the infield.

There are still some supposedly Big Hitters in the Republican Field of Dreams. Slugger Donald Trump comes to mind. But who thinks the man can really hit a political curveball? He’s a power hitter for sure, and his

mighty swings at the plate cause even a few liberals to jump in their seats in fear that he’ll connect somehow. Yet while some keep rooting for Trump to hit the ball out of the park, so far all he’s managed are some hard-liners.

Plus, he’s the prospect no one really wants on the team. He doesn’t fit in the Republican clubhouse, that’s for sure. That queasy little Single-A manager Lindsey Graham even predicted that a Trump election would mean the end of the Republican Party.

Meanwhile, those actually rooting against the Republican Oligarchs are wringing their hands in hopes that prognosticators such as Coach Graham are correct. There is an evil quality to any team that claims to hate the very political league in which they play.

Then there are truly strange competitors such as Carly Fiorina, the woman who certainly believes there is no such thing as crying in baseball. You can see her down there snapping at pitches with her teeth instead of the bat.

doubt she’s a fierce competitor, but does she even understand the first thing about the baseball of politics? There’s an art to this game, of hitting them out of the park. Snatching the ball in mid-air with your choppers and spitting the ball out in the dirt is not going to impress people who want to see if you can lead a team with your political hitting, catching and throwing. That’s just not how the game is played.

Deep in the lineup of Republican shallow hitters we find both Ted Cruz and Marco Rubio. Cruz is the Ty Cobb of political baseball, while Rubio swings his Latin heritage like fiesty little batboy that has not yet made the team in tryouts. 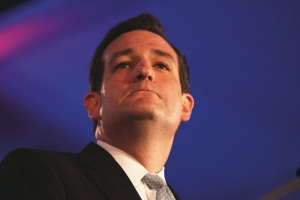 One can easily imagine Cruz sliding into second or third base with his cleats up, begging for a fight. Indeed, he’s challenged none other than President Obama to come insult him to his face.

The Cobb-like Cruz prides himself on this bad boy reputation, courting conservatives of all pinstripes. That means he must change his uniform daily in an effort to appeal to the tight-lipped fiscal conservatives waiting to back his No Legislation League as well as the religious conservatives begging Cruz to strike down the laws supporting legalized abortions.

Overall it’s a strange crowd to whom Cruz the Crusher seems to appeal. The Tea Party seems to love him, and editors at Glenn Beck’s TheBlaze.com website push his story as if the entire world of conservative baseball depends upon the guy who seems to care not if there is a team on the field with him at all. He’ll take on an entire team of progressives on his own if you let him.

And Marco Rubio? Well, we know he’d willingly cork his bat if it meant he could get elected to something other than the Republican batboy position he now occupies. He keeps jumping off the bench when it looks like there might be a fight on the field after a media brushback pitch.

He certainly keeps his eye out for opportunities to look tough. But like any batboy, he’s not a part of the real action even though he keeps swinging bats at the umpire, the ball girls and anyone he can reach if they give him any guff.

Yet it turns out that upon closer inquiry, Rubio has not even kept pace with his tab at the Hot Dog Stand of life. So there are serious questions whether he’s ready for the Bigs at all.

Finally, we come to the ballplayer with two first names sewn on his back, one Rand Paul.

Whenever Paul comes to the plate, the Right Fielder and the Second Baseman stand together just outside the infield

Everyone knows that Libertarians can’t hit for crap. They swing at every pitch as a matter of need and habit. Once in a while they might foul one off high into the seats behind home plate. But without any ball or strike rules to govern the game, a Libertarian hitter tries too hard to make an impact with fans who think the rules of political baseball just suck.

But Rand is consistent in his ways, to be sure. Like his daddy Ron Paul, Rand has been known to stick his head out in front of a fastball, and the crack it makes when it hits his skull brings a few fans to their feet! “Look, they holler! “Our man is the only one with his head in the game!”

So Rand has been hit by a few pitches, yet he looked absolutely asleep at the plate during several Republican debates, disappointing not only his fans, but those who would like to see some blood on the stage. This is America, after all.

There’s Your Field of Republican Dreams

So the Field of Republican Dreams is just that. They all have dreams of being the President, but the field on which they’re playing is not really connected to reality.

That’s what comes of contending that you hate government while trying to get elected. The entire ball field gets turned inside out when you make statements like that. It’s as the pitcher is suddenly throwing from home plate and the batter is standing on the mound screaming, “Throw me the high hard one, I’ll hit it out of here!”

But honestly, from that vantage point, every hit you get would turn out to be a foul ball. That’s certainly what it feels like when listening to people like Donald Trump, whose infield chatter has included a call to force Muslims to carry identification just like the Jews did in Nazi Germany.

Did someone let an insane fan on the field? Are all these ballplayers on the Republican Field of Dreams just a pack of baseball Fantasy Camp rejects whose talent never let them be real ballplayers?

It’s true: we’ve all been dumbstruck watching how deathly shallow the Right Fielder is actually playing these guys. It’s clear that none of them can hit, and very few can even field a question without complaining it is a Gotcha Pitch.

The Great American Pastime may be baseball, but American Politics has always run a close second. And in this context, one must consider the epic baseball poem Casey At The Bat because it sheds considerable light on the Republican Righties who’ve come to the plate in this presidential election cycle. The poem seems prescient about Republican Prospects in the 2016 Election:

The sneer is gone from Casey’s lip, his teeth are clinched in hate;
He pounds with cruel violence his bat upon the plate.
And now the pitcher holds the ball, and now he lets it go,
And now the air is shattered by the force of Casey’s blow.
Oh, somewhere in this favored land the sun is shining bright;
The band is playing somewhere, and somewhere hearts are light,
And somewhere men are laughing, and somewhere children shout;
But there is no joy in Mudville—mighty Casey has struck out.
SHARE IF YOU LIKE!