For the last four decades, highly respected polls surveying opinions about religious beliefs have shown that between 30-40% of Americans embrace a biblically literal worldview. That belief system embraces the idea that the Bible story with its six-day creation narrative with animals and human beings fashioned out of nothing is more credible than the demonstrable cause-and-effect outcomes of material processes.

The resulting worldview of creationism also insists that every living creature but a few were wiped out in a global flood and that even the continents were tossed around like toys in a bathtub.

Those premises form a stubborn bulwark against multiple scientific principles ranging from plate tectonics to the theory of evolution.

So it’s time to stop and think about that: almost one-third of Americans do not accept science and instead embrace an alternate view of reality based on a literal interpretation of an oral tradition drawn from beliefs first formed some six thousand years ago. And by no coincidence, many of those same Americans hold the belief that the earth itself if no more than 6-10,000 years old. Some still believe the earth is flat, that sicknesses are caused by demons and that humans once shared the planet with meat-eating dinosaurs.

So it’s not hard to see why so many Americans fail to see the Coronavirus pandemic through a factually clear lens. It is preferable in their minds to deny science and medical information out of habit and fear that it could corrupt their minds and lead them away from God.

There are entire organizations and even political parties devoted to the propagation and support of the biblically literal worldview. These range from the apologetically driven Moody Bible Institute to the Answers In Genesis “ministry” with its Creation Museum and Ark Encounter, both facilities dedicated to literal depictions of the Book of Genesis and its array of anachronistic characters. It is little more than a cult of denial, but it is enormously popular in a nation where the irony of religious freedom has produced a generation of patently stubborn idiots.

One in three people who walk into those museums buys that information wholesale. They hear it preached to them from pulpits and consume it through multiple media channels from their local radio stations to the megaphone of Fox News, where dog-whistle anti-science rhetoric claiming the falsehoods of science include calculated PR campaigns and scripted attacks on the impacts of climate change and even basic environmental regulations.

Let’s be blunt: Americans convinced the earth was created in six literal days are incapable of grasping the public relations sophistication of a story such as a piece published on Fox News from the Heartland Institute, who claimed, “Not surprisingly coronavirus alarm has pushed most other issues and concerns out of the news ⎯ much to the dismay of climate alarmists,” said Steve Milloy of the Heartland Institute. “But the alarmists aren’t taking displacement by coronavirus lying down. In fact, many climate alarmists are trying to use coronavirus as a means of advancing their agenda. They are trying to surf it.”

This fearmongering approach is a common tactic that hearkens back to the earliest forms of propaganda employed by the Christian church to keep people in line. The original alarmists were always religious authoritarians. Traditionally it is the threat of life in hell that religion uses to scare people into believing what they’re told, and without question. Today’s religious leaders and politicians have adapted that approach while targeting science as the enemy of God to convince millions of people that even sound medical advice cannot be trusted.

The love of money religiously abided

Toss fears about the economy into the mix and the fearmongering takes on a whole new level of existential threat. It’s easy to scare people with the idea that someone else is trying to take your money. Climate change deniers and now Coronavirus blamers both claim that scientific warnings about these real threats are all about a money grab and/or an excuse for trying to install a worldwide government.

The sick fact is that even our own government is depicted as a threat among those claiming that basic scientific recommendations about disease control and social distancing are an infringement of liberties. That’s how a gang of gun-wielding domestic terrorists wound up inside the Michigan state capitol building demanding a meeting with the Governor. Their version of truth in action was vigilante lawlessness. In one fell swoop, they demonstrated that aggressive denial of science, common sense and rule of law can all be exacted upon society at will. Disturbingly, the President of the United States approved of their actions, instructing the Governor of Michigan to capitulate to their will. Trump knows that to appeal to “his base” he must cater to the most extreme factions with approval or risk having that 30% of cultlike Trump supporters abandon him.

So we can see how the grassroots belief in biblical literalism and its associated denial of science and truth is costing America right now. President Donald Trump openly embraces evangelicals who deny science and even invent or propagate conspiracy theories that direct blame away from their pet President. All the better to avoid the truth that it was incompetency and delay by Trump right here in America that allowed the Coronavirus to get such traction. 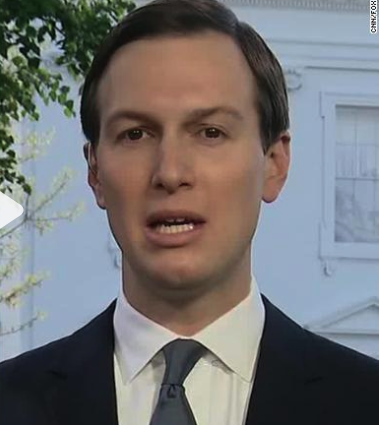 True to form and in keeping with the “science of denial” common to biblical literalists, Trump at first refused to acknowledge the threat as real (just like climate change) then downplayed its likely spread (though he was informed on a regular basis of the reality of the threat) and has now turned to claim his response has been a dynamic success, when in fact death projections are now reaching more than 200,000 Americans.

The goal now is to outstrip the failure by reframing “success” through the use of denial to convince willing supporters that Trump and team have done a good job. That means preventing any testimony by actual scientists and medical experts at hearings designed to examine America’s response to the pandemic. Just like the Senate’s denial to allow witness testimony about Trump’s corrupt activities in Ukraine, the Republican goal right now is to bury facts under propaganda. This is fascism at work.

LiveScience.com published a fascinating profile of fascism on its website that describes it this way: “Robert Paxton, a professor emeritus of social science at Columbia University in New York who is widely considered the father of fascism studies, defined fascism as “a form of political practice distinctive to the 20th century that arouses popular enthusiasm by sophisticated propaganda techniques for an anti-liberal, anti-socialist, violently exclusionary, expansionist nationalist agenda.”

Fascism, socialism and the public good

Of course, the parallel need of any fascist government is to find an enemy upon which to direct its ire, thereby focusing the fears of its constituents on that target rather than allowing the facts of its own authoritarian power grab to be known. So the Trump regime and its allies are conveniently trotting out “socialism” as that enemy by depicting social programs such as Social Security, Medicaid, and even the US Post Office as socialistically repressive forms of government that must be eradicated. Of course, Trump also eliminated the Pandemic Response Team in 2018 in order to eliminate costs.  This is where belief in a vastly reduced government can have real costs.

“Its mission was the same as when I was asked to lead the office, established after the Ebola epidemic of 2014: to do everything possible within the vast powers and resources of the U.S. government to prepare for the next disease outbreak and prevent it from becoming an epidemic or pandemic. One year later, I was mystified when the White House dissolved the office, leaving the country less prepared for pandemics like covid-19” ( here ).”

The habits and patterns of denial are so comparable between Trump and the 30-40% of Americans that deny science it is entirely logical to place blame for the spread of Coronavirus on the one-third of the American public that embraces anachronism over science in the modern age. That is proof that biblical literalism is both bad theology and an irresponsible belief system. What God in heaven or on earth would have us choose to disregard or ignore information valuable to the protection of human welfare and even the entire planet? That is a God reduced instead to the petty aims of human selfishness. That is the sin of which Jesus accused the religious authorities of his day, who demanded respect for their country club lifestyle while people suffered in the streets.

These days it is inexcusable to embrace corrupt traditions such as Biblical literalism because it is so easy to find out the facts and know better. Instead, we are being forced to live in an age of lies, misinformation, propaganda and outright fascist attempts to undermine truth in favor of political and religious power in America.

That is the real and original pandemic of untruth with which we’re trying to contend today. Those brutes on the steps of the Michigan capitol are just one illustration of its effects. The other is the painted face and combover lies of a President who can’t face the fact that he’s a fraud, an incompetent, and a bully. That brand of evil threatens to kill us all.