1. A consignment of items for sale.
2. Informal A plan, promise, or offer, especially one that is dishonest or misleading
It is stunning to hear politicians in the wake of yet another mass shooting say that it is “too soon” after the tragedy to talk about the problem of guns in America.
But it is just as disturbing in the wakes of repeated mass shootings, including 26 dead and more wounded in a Texas church, for God’s Sake, to hear the likes of actor James Woods throwing around shallow opinions about what constitutes responsible gun control.
His defense of the NRA in the wake of these mass shootings was breathtakingly shortsighted.  Woods Tweeted that none of the mass shootings of the last few decades were conducted by a member of the NRA. 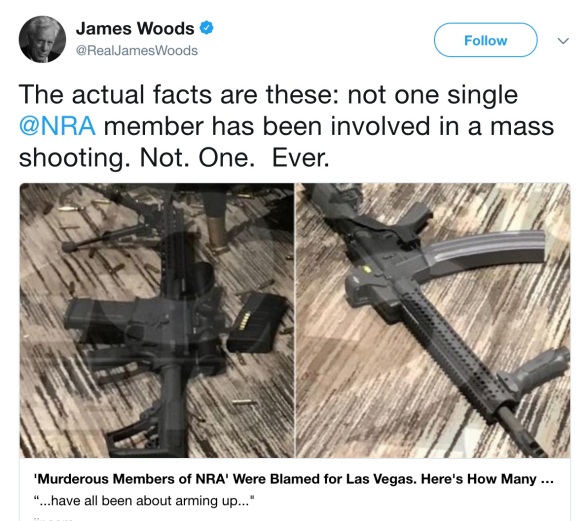