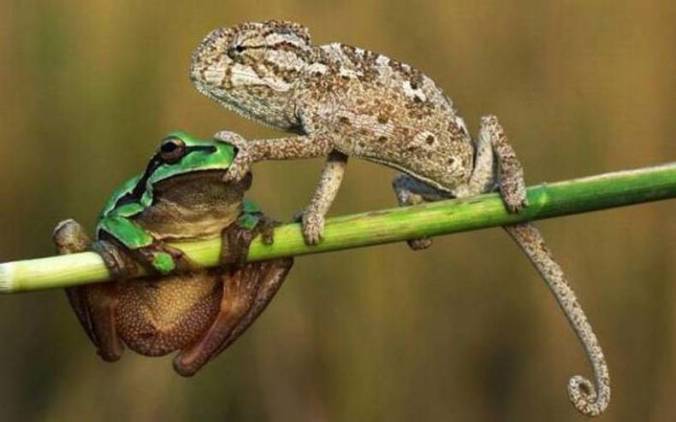 A few years back, I considered signing up for seminary school. I filled out all the applications. Considered the financing. Even attended a class or two to see what seminary classes were like. And I remain intrigued. But I have not enrolled for a very simple reason. I don’t think the church is committed to change.

That is, I do not think the Christian church as a collective body is capable of challenging itself to arrive at some kind of comprehensive understanding of what Christianity is supposed to be.

My contention is based on a conversation I picked up during my travels in and out of those circles. The church to which I belong is a member of the Evangelical Lutheran Church of America (ELCA.) And I love my local church. Love the pastors. Love their ministry to so many people. I have been a direct beneficiary, both financially and spiritually, of the service of my church to its members and the community.

As a member of Christian churches for all my life, my faith has gone through a long evolution of belief and purpose. Most recently, I have sensed that the church itself feels as if it is failing in its mission. In many places, church attendance is dropping. This is especially true with mainstream denominations. And churches like that are in a quiet panic. They don’t know what to do.

Meanwhile, megachurches keep growing. I have sat in those congregations as well. Listened to the sermons. Watched the stage show with the perfectly matched musicians playing their praise songs in perfect harmony.

But when I look behind the scenes, and it isn’t too hard to do, these megachurches are nothing more than Old Time Religion packaged in cereal boxes of modern trappings.

Because I played the same Praise songs they play at the Megachurches when I played my little guitar at the Missouri Synod Lutheran Church where our family belonged for 25 years. We attended that church because that’s the denomination in which my late wife was raised. She went through Lutheran parochial schools until high school. Then we met after she attended college and we got married by the wise and relatively liberal pastor who presided over our church in those days.

But when that pastor left, the theology of the church first careened around thanks to some pastor with a bad toupee and then a series of interim dudes took over. There are no women pastors in the Missouri Synod, so don’t ask any questions about that.

Finally, a nice man took over. But his backwoods Minnesota theology was the same as the dirt poor churches from sections in America where no one believes in evolution and gays are considered one of the great evils on the earth. So after 25 years we left that church for one that preaches tolerance, love and the mission of serving Christ without denying science or humanity.

And that should be enough for most of us. But there’s a problem in this world that needs to be addressed. We’ve previously mentioned the fact that Megachurches rely on highly conservative sources for their theology. Often this is anchored in a quite literal interpretation of the Bible. Secretly this theology hides all sorts of anti-intellectualism beneath its crinkled leather cover. Openly it preaches a Pro-Life attitude and often wrinkles its nose at the idea of evolution without really coming out and saying it in the open. This is Wink and Nod Christianity at its worst.

And that brand of close-minded faith bleeds out from the halls of quasi-conservative churches all over America. It holds hands with conservative beliefs in social, fiscal and political arenas as well. The dog-whistle secret of its power and force is evidenced in the most recent election, where a cabal of principally white people falling within all these stripes of conservatism got together and cast a protest vote against what they all consider the demise of American culture and Christian tradition. That would be liberalism.

And that’s why I blame the Christian Church for the election of a profane and incurious man in the likes of Donald Trump. This dog-whistle conservatism has to stop. It must be confronted for what it is. That is, a habitual and well-preached resistance toward modern and progressive thinking.

Christianity has been wrong on so many things in its history it hardly deserves credence as a source of knowledge. It has forced its ugly anger and prejudices based on confusingly literal interpretations of the bible for far too long.

But the worst part in all of this is that no one within the Christian community save the current Pope Francis, the head of the Catholic church, for God’s sake, has any balls to challenge this mega-stupidity being preached in the most popular churches in the land.

Where is the theological challenge to the brand of dumbed-down theology being pumped out at he Moody Bible Institute? And why doesn’t the mainstream ELCA aggressively confront the doomsayer traditions that threaten society with predictions of the apocalypse, and by proxy preach the dog-whistle belief that it doesn’t matter what we do to the earth because Jesus is coming back any day now?

The church has not got to guts apparently to force these issues. It ought to be engaged in a vicious wrestling match for the narrative of Christ. These TV preachers stealing money from old ladies ought to be tarred and feathered and dragged through the streets as examples of heresy. Yet we sit back and let them rip off the world in Jesus’ name.

I say fuck all that. For too long the church has been acting like a lazy teenager that does not want to get off the sofa on a Sunday. It needs a big old kick in the ass to get moving. Jesus would puke if he came back now to find the brand of conservatives (he called them a ‘brood of vipers’) now running the show. He kicked their asses with his sacrificial Passion Play two millennium ago, and yet the latter-day Pharisees have been allowed to waltz back in and shove legalism down everyone’s throat as if Jesus never existed.

Grow some balls, you Christian leaders. Challenge the goddamned conservatives that have perversely stolen the mantle of Christ and turned it into a spiked Iron Crown used to torture the minds of all those who attempt to uphold the true and liberal ministry of Jesus Christ.

We’re sick of you, and not surprised that numbers are falling at mainstream churches. It’s because you show no guts, have a bad habit of dampening down real initiative and dun your innovative members. These are the people who actually want to change, and hold those accountable who do not. Would the church die if it risked these types of changes? Which is more important in the mind of Jesus, to push the envelope and test the faith of others or to wrap our arms around them and pretend we’re all not dying off?

It’s time to stand up and be real leaders. Stop worrying about organization and start thinking about action. The world needs you. Get off your ass. That couch is no place for anyone on a Sunday, much less the rest of the week.