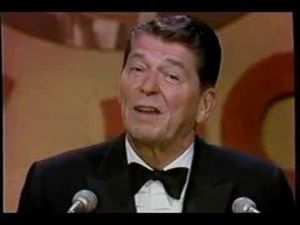 At the age of 21 my political awakening occurred with the election of President Ronald Reagan. What I thought was a harmless attempt at bringing back the Good Old Days with a harmless grandfatherly figure turned into an unthinkable nightmare of ideological purpose and action.

That was the first time that I recognized the real power of politics to impact the people and places I love. When Reagan installed an environmental cynic in the form of James Watt to serve as Secretary of the Interior, the unthinkable became reality.As documented on the website Thisdayinquotes.com, Watt was a man with a perverse mission:

“Before Reagan appointed him Secretary of the Interior in 1981, Watt was a lawyer who specialized in representing people and groups who opposed environmental laws and regulations — particularly the laws and regulations designed to protect natural areas from environmentally-damaging development. Thus, his appointment as the head of an agency that’s supposed to protect America’s parks and wilderness areas was highly controversial in itself.”

It didn’t take long for Watt to demonstrate the rest of his selfishly insensitive character, either.

“A classic example of the latter occurred on September 21, 1983. That day, James G. Watt, who had been appointed as U.S. Secretary of the Interior by President Ronald Reagan, was giving a speech to the U.S. Chamber of Commerce. At one point, he explained the diversity of the members of the “U.S. Commission on Fair Market Value Policy for Federal Coal Leasing” with this dunderheaded description:

“We have every kind of mix you can have. I have a black, I have a woman, two Jews and a cripple.”

This brand of insensitivity illustrates the dangers of trusting people with conflicting self-interests to important posts in government. But to put an even sharper point on these dangers of ideological affront, Watt’s offenses didn’t stop there.

“Once in office, the policies he pursued were, as feared, slanted in favor of opening parks and wildlands to more development, rather than toward preserving them. Understandably, this outraged environmentalists.But they weren’t the only people Watt managed to annoy and insult. For example, in January of 1983 Watt said: “If you want an example of the failures of socialism, don’t go to Russia, come to America and go to the Indian reservations.” 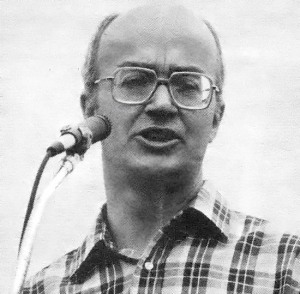 These layers of remarks and backward policies continued throughout Watt’s reign as Secretary of the Interior. These and other results eventually forced even Ronald Reagan to fire Watt, who seemed unable to tell wrong from right on any issue.

As documented on YahooAnswers: “James Watt, Reagan’s Secretary of the Interior was indicted on 41 felony counts for using connections at the Department of Housing and Urban Development to help his private clients seek federal funds for housing projects in Maryland, New Jersey, Massachusetts, Puerto Rico and the Virgin Islands. Watt conceded that he had received $500,000 from clients who were granted very favorable housing contracts after he had intervened on their behalf. In testifying before a House committee Watt said: “That’s what they offered and it sounded like a lot of money to me, and we settled on it.” Watt was eventually sentenced to five years in prison and 500 hours of community service.

And that wasn’t Reagan’s only debacle. There was more. Much more. “Although not convicted, Edwin Meese III, resigned as Reagan’s Attorney General after having been the subject of investigations by the United States Office of the Independent Counsel on two occasions (Wedtech and Iran-Contra), during the 3 short years he was in office.”

Thus we have plenty of proof about the dangers of installing ideological zealots to run government agencies where they clearly have conflicts of self or political interest.

In fact, Reagan’s administration turned out to be on the most corrupt in American history. Yet conservatives somehow still consider it the height of righteous revolution. This is called cognitive dissonance, a pattern that runs rampant in the conservative factions of this country where people readily and regularly confuse God and country on purpose to justify their selfish aims and faux righteousness about their often anachronistic worldview. 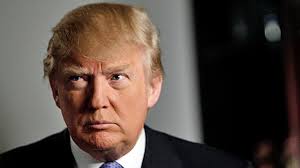 Such is the attitude today with Donald Trump. That means we are justified in questioning and resisting all such appointments that promise selfish carnage in intent and philosophy. We must work to protect our nation’s national parks, our healthcare system, education and civil rights from those who would sell them off to their buddies and sell the nation out against its own carefully built traditions of conservation, preservation, consideration and civic respect.

See, we already know from recent history how zealots like these will behave once they’re in charge. Iran-Contra was a warning sign that neoliberalism had no conscience. So was willful choice to attack Iraq, a nation that had nothing to do with the 9/11 attacks, and the torture that took place in Iraq under the Bush-Cheney watch. The zealots will stop at nothing. They care about one thing only: that is benefitting themselves and their friends. The rest of the country be damned.

So we must stop this corruption of democracy before it can take hold. Protest. Resist. Demand accountability. Be American.

And impeach Donald Trump the first opportunity we get. And likely Mike Pence too. These people are un-American, angry and repressive souls determined to make people pay for their own miserable guilt and lack of real conscience. Stop the insanity in its tracks.