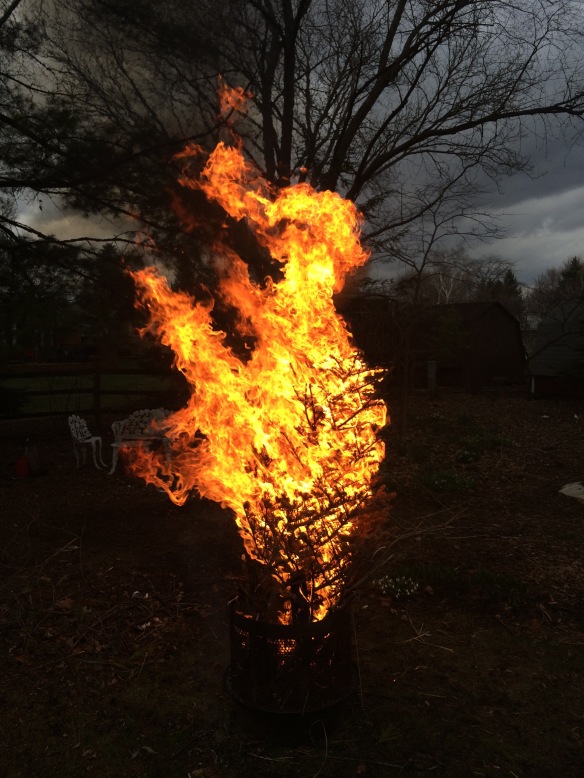 One of the strident complaints leveled by conservatives against liberals and progressives is that they constantly decry doomsday scenarios that never come true.

But there’s a good reason why the bad things about which liberals hew and cry never come about. Liberals actually do something about them to prevent doomsday from coming about.

For example, in the 1970s the environmental movement began to make real traction in the public eye. Environmentalists warned about the dangers of industrial and chemical pollution. Liberals warned that air pollutions was not good for public health. So-called tree huggers and Save-the-Whalers and birdwatchers gathered forces and made their voices heard.

And even Republican President Richard Nixon got involved by signing the Environmental Protection Agency into being.

The nation’s liberals recognized that devastating levels of damage were being exacted on the world’s waters, land and air. Many species of wildlife were being treated with extinction. Only 60 years had passed since a species of bird known as the Passenger Pigeon had been literally hunted into extinction by mass harvesting. The American Bison was on the verge of blinking out of existence. Whooping cranes were down to the last 60 or so birds on the planet. Peregrine falcons were virtually an unknown species in the lower 48 states. The national symbol of the United States, the Bald Eagle, and its sister species the osprey were having successive years of nest failure due to the cracking of their eggshells from the trickle up effect of a pesticide known as DDT in the environment.

Yet rather than give in and let the doomsday scenario of mass extinctions take place, liberals dug in and fought for the banning of certain types of dangerous pesticides. In league with government agencies such as the EPA and backed by rulings such as the endangered species act, the harshest chemicals affecting our environment were regulating. Massive polluters were cited by law and punished. Billions of dollars were set aside in Superfund accounts to pay for the costs of environmental cleanup.

Rivers so polluted they once caught fire were able to recover from the effects of industrial dumping into streams and lakes. The blight on forests and lakes caused by acid rain from coal plants was arrested and cleaner forms of energy were investigated. The stunning fear caused by an event at Three Mile Island led to analysis of the role and safety of nuclear power in America.

All the while, liberal protestors echoed by singer-songwriters such as Jackson Browne and Neil Young took aim at the ignorance and greed causing the near doomsday realities of nuclear meltdown and chemical pollution so thick and pervasive it caused the residents of entire towns to live under the threat of cancer and birth defects, sickness and death.

These were real doomsday events in the making. And had liberals not shown the temerity and wisdom to fight back against toxic pollution, habitat degradation and loss and wildlife extinction, the healthier environment we now have in America would certainly not exist.

All these efforts protected the health and safety of millions of people in America. Because as goes the environment, so goes the human race.

Liberals saw the social justice in all that effort. Liberals and progressive have continued to push the nation deliver civil rights for all citizens. The “environment” of the nation is thus a healthier place for all its citizens to exist.

Without benefit of these civil rights efforts, black people and minorities would continue to live under segregation and persecution on many fronts. The many deaths of black people from lynching and torture are undeniable evidence of the fact that the conservative wing of America was incapable of controlling its most extreme wing. And without that control, prejudice loomed like a doomsday for centuries in America.

But that doomsday, while not entirely averted, has not fully arrived either. Through liberal political enterprise and the leadership of men such as Dr. Martin Luther King, Jr., the walls of segregation and prejudice have been razed.

However, we are still sorting through the rubble. And some Americans typically of a harshly conservative, often ignorant bent, would prefer to build the walls of prejudice back up. These racial zealots whine about legitimate civil rights as if they were the exception in a democratic republic, not the rule. They simultaneously claim their own civil rights are being infringed and that they are being restricted in their freedom of speech by so-called “political correctness” that seeks to prevent hate from being spewed through politics or social media.

Sadly, the name God is often evoked to justify the hateful actions and rhetoric of those whose ability to imagine a better world has been choked off by their own vision of doomsday. How ironic it is that the very same people who on religious grounds claim America is in moral decay and headed for doomsday are the very people who seek to deny civil rights to women, blacks, minorities, and gays. Their priorities have more to do with access to power and appeasing their notions of unswerving authority than anything akin to creating the Kingdom of God here on earth, which is what the Bible actually encourages.

Instead, the true doomsayers embrace an End Times theology that spatters like blood across the face of conservative theology. These are the real doomsday preachers. And their most common mode of offense (and defense) is to accuse liberals of their own worst flaw, which is not believing in the future.

This brand of self-doubt spills into politics, where conservatives claim to hate the very government they represent. This self-hatred is the self-fulfilling prophecy of doomsday conservatism, where everything is supposedly going downhill and always will, until the end of time. Yet there are many conservatives who claim to be the happiest people on earth. But as the Bible clearly points out in the tale of the Good Samaritan, when supposedly holy men walk past another soul in need and ignore that need, they are the very people God will choose to ignore on that day of judgment, if it ever comes. 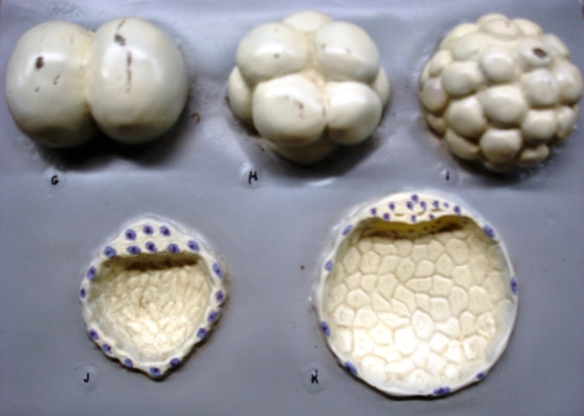 Yet conservatives continue to claim the high ground. It’s as if they’re never read the many passages in the bible where Jesus chastises the chief priests for their moralizing, legalistic ways. Or the parts where Jesus points out that the love of money is the root of all evil.

Instead, we’re left with a perversely fashioned zygote made of political, social, fiscal and religious conservative cells. This unholy creature proclaims doomsday at every turn. Political conservatives have shut down the government. Social conservatives say that granting gays the right to marriage will be the end of America. Fiscal conservatives have already crashed the economy a couple times in American history and predict another crash while telling people to “buy gold” as if that would stave off an economic doomsday of their own making.

And finally, religious conservatives lay claim to the Doomsday of All Doomsday predictions. That would be the End Times, the Rapture, Armageddon and the Apocalypse. The End of the World is a favorite topic of the Christian Right. The subject crops up with even though the events predicted in Revelation already happened long, long ago. The Doomsday appeal of owning the bookends of Creation and Apocalypse are literally too good a story to relinquish.

No credit where credit is due

But it sounds pretty good to accuse liberals of being the naysayers and doomsday predictors in this world. That way anything bad that happens out of your own negativity, selfishness, neglect, prejudice, legalism and persecution can be blamed on people simply trying to make the world a little better place. And succeeding, for the large part.

Because many types of doomsdays have been averted through the heart, soul and humanism of liberalism. But you would never know it from listening to conservatives.

Of course, extreme conservatives also claim that global climate change is just another false liberal doomsday scenario. Perhaps it helps that so many Christian conservatives (between 30- 50% of the American population, some studies say) do not believe in evolution or even the basic science of geology. With that level of scientific ignorance at work, there is no wonder the world considers America such a pack of selfish dolts.

Maybe conservatives are right. Maybe there is a doomsday right around the corner. If so, it will be one of their own making through denial and unwillingness to work through practical means to make the world a better place.

And if they do cause the world to end, they will deny it until the day they day.