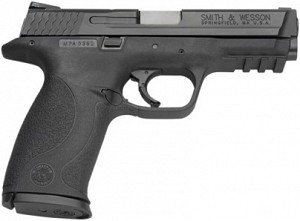 On December, 3, 2005, the Opie Radio Show on Sirius XM was discussing the latest in a series of mass shootings. Debate ensued over what actually constituted a mass shooting. “It’s four or more people wounded or killed,” one of the hosts intoned.

The story lead when like this: “More than one a day. That is how often, on average, shootings that left four or more people wounded or dead occurred in the United States this year, according to compilations of episodes derived from news reports.”

The radio hosts addressed that statistic with a expression of depressed shock and awe. Then they admitted that nothing seems to change the ongoing carnage. “We’ve already forgotten the one from last week. The media just goes out and covers these stories the same way. Then we move on.”

That’s what people do in war time. Unable to deal with the concussive effects of the murderous onslaught every day, Americans have taken to the methods of the World War II call of Britain to Keep Calm and Carry On.

And how ironic it is that all 50 states have enacted Open Carry laws allowing people to tote guns on their persons, and the mass shootings keep on happening. So-called law-abiding gun owners claim it is only madmen and criminals taking to the streets with weapons. But does that account for the angry anti-government militias and racist organizations itching to pick a bloody fight with all those they love to hate.

It does not. So by proxy, law-abiding gun owners have chosen sides in the New Civil War just as residents of slave states had no choice when leaders of the Confederacy lobbied and won the right to expand slavery into Missouri and other newly-won American lands.

That’s how evil works in this world. The innocent get swept up with the evil-doers. They become collateral damage in the fight for control over the ruling narrative. As a result, more Americans have died from gun violence or suicide with the borders of the United States than all the soldiers ever killed in wars on foreign soils.

Which means, we are literally at war with ourselves over gun rights.

Cynically, a pro-gun site called Reason.com, which advocates “Free Minds and Free Markets,” posted this justification for proliferation of guns under the headline, “How Guns Helped Secure Civil Rights and Expand Liberty,” and the subheading, “Firearms played a key role in the Civil Rights Movement.”

The story continued with this bit of misappropriated information:

“For example, guns played a key role in the Civil Rights Movement and its long campaign to achieve racial equality. To illustrate that point, here are three stories from the Reason archives that discuss the ways in which privately owned guns helped to expand freedom and secure civil rights for countless numbers of black Americans.

Why Civil Rights and Gun Rights Are Inseparable:

[A] vast number of nonviolent civil rights activists either carried arms themselves or were surrounded by others who did, including Rosa Parks, who described her dinner table “covered with guns” at a typical strategy session in her home, and Daisy Bates, “the first lady of Little Rock,” who played a pivotal role in the famous battle to integrate her city’s Central High School. Thurgood Marshall, who stayed with Bates in 1957 while litigating the Central High case, called her residence “an armed camp.” Bates herself packed a .45 automatic pistol.

Indeed, from the time of Frederick Douglass, who called a “good revolver” the “true remedy for the Fugitive Slave Bill,” to that of civil rights icon Fannie Lou Hamer, who braved the worst of 20th century Jim Crow and declared, “I keep a shotgun in every corner of my bedroom,” armed self-defense has always gone hand in hand with the fight for racial equality in America.

Use of this information to contend that guns played a role in civil rights is to ignore the fact that what Rosa Parks did to protest racism was peacefully sit on a bus in defiance of Jim Crow laws. It also ignores the fact that guns may have been a necessity, not a choice, in black homes to targeted by white racists determined and able to murder all who lived within.

And the second story? It also cites self-defense as a reason to own a gun. But again, it was not guns that led to equal rights for black people in America. It was peaceful demonstrations and white collaboration with black leaders to pass laws protecting black Americans from the patent discrimination and cruelty exacted upon them. One of the primary, peaceful leaders of the Civil Rights movement in America was Dr. Martin Luther King, Jr., and advocate of peaceful activism even in the face of police brutality and aggressive response. Of course, Dr. King was shot dead by a gun, proving that guns are not in any way the cause or protector of Civil Rights.

Yet it is this cynical attitude that guns are the principal force of justice in America that has dominated lawmaking the last 30 years. As a result, gun controls are insufficient to protect everyday citizens, and all the gun proponents can think to do in the event of mass shootings every day is to propose that every last citizen armed themselves or literally face the risk of dying on the streets, in theaters, colleges or even homes for the disabled.

That is not civil justice on any level. That is the New Civil War. And welcome to it.

So what is to be done? First, it must be declared that this is a Civil War in progress. The dominating interpretation of the Second Amendment segregates the call for “a well-regulated militia” from the phrase that says, “the right to bear arms shall not be infringed.”

That ignores both the context and original unification of those phrases, depending on anachronism on one hand to claim that militias don’t exist in the same form today, thus the right to bear arms must be kept free of the influence of the introductory phrase.

Yet the entire populace of gun owners does constitute a militia. That’s one of the frequent justification for the freedom to own guns. Resisting either a foreign invasion or fighting our own government in the event of martial law are both reasons given for arming the citizenry.

So it is a lie to say that the standing militia should not be well-regulated. At this point that collective militia is clearly out of control and causing a war from within on American soil. We can analyze whether it is angry black inner city residents or angry white disenfranchised Americans that are the greater problem, but that would be moot.

The real problem is that we’ve got a New Civil War on our hands, and everyone is involved whether they like it or not. That’s how wars work. When two sides square off on an issue like mass murders, you know the cause that defies logic has to lose or evil gets to reign.

That’s what happened with the fight over slavery years ago. Right now we’re all slaves to the irresponsible interpretation of the Second Amendment. It is brutalizing and killing every day. On average, it’s about 30,000 people a year. Since 1980 when Ronald Reagan took office and ushered in the neo-liberalism that caused the New Civil War, far more than a million people have died or been injured by gun violence on American soil. That’s a war on Americans, by Americans. The New Civil War has lasted far longer than the original one. That’s a sad fact of history.

To rectify this problem, the interpretation of the Second Amendment must be collectively reviewed and examined in light of ongoing deaths and murder at the hands of a collectively unregulated American militia. That debate needs to start today.

WANT TO PROMOTE CHANGE? SHARE A LINK TO THIS STORY ON YOUR SOCIAL MEDIA NETWORKS.