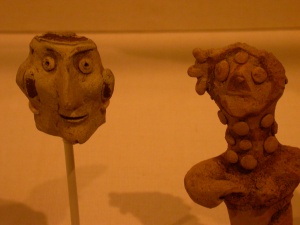 The Republican propensity for denial of responsibility and grasp of fact is now so revered among the party’s elite it has become the first tool of response to any challenge.

The most recent denial of fact is the Republican claim that their last President of the United States was not, in fact, actually the President when the 9/11 tragedy took place. The initial volley about the issue came from none other than Donald Trump, ostensibly the Republican leading the polls among conservatives. This is what Trump said about George W. Bush and his responsibility for 9/11.

Those simple facts did not set well with Jeb Bush, another Republican hopeful who has repeatedly claimed that his brother George “kept us safe.”

He may have been referring to the idea that no additional foreign terror attacks took place during the remaining years of the Bush presidency. But as noted, Trump was having none of that nonsense.

This harsh divide manifested in Trump’s domineering approach to criticism breaks with the Republican tradition of attacking only the opposition and not criticizing their own. That has been the presiding, if not perfect, strategy behind the Republican push for power over several decades. There may be ugly fights behind the scenes among Republicans, but the goal has always been to keep those spats private.

Trump is not playing by any of those rules, and as a result, is not really running for the Republican nomination so much as he is forcing the party to reform itself around this meme of gaining power at all costs. Even by Trump’s standards, that means leaving the rest of the nasty baggage behind. This could be the ironic salvation of Republicanism, if not the Republican Party itself.

See, the tradition of denying its own failures has both a benefit and a cost. Sooner or later you get to the obvious and well-documented parts of recent history, and you must deny even these to continue on the path toward power. The denials launch from the dusty calls of legislatures and courts on Constitutional matters to exploding buildings and wars started by sitting Presidents who stretched the truth to justify their ideology and their actions. In other words, you can only win by breaking every rule of conscience and truth.

Trumped at their own game

That’s what Trump is calling to account, and Jeb Bush has put his image of brotherly love and political credibility on the line, deciding to throw his support behind his brother’s claims of success rather than confont the facts, which point to a massive failure in intelligence, both gathered and native, by his apparently dimwit brother.

Yes, George W. Bush did some stupid things, and Donald Trump is having nothing to do with making excuses for what he perceives as the dumbing down of recent history. What we’re witnessing in real time is the height of arrogance and the depth of denial running the Republican Party. Their grasp of reality isn’t just slipping away, it is gone entirely.

Denial as a worldview 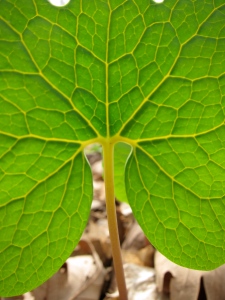 Republicans also deny the science behind global climate change on claims it is arrogant to think human beings could ever cause such a massive shift in the earth’s foundational temperatures.

Look at how that works. The GOP hates Al Gore for his claim that global climate change is, to quote a phrase, “An Inconvenient Truth.” So by directing their anger toward Al Gore they accomplish two things. Poor Al tends to come off as arrogant in his general demeanor, which makes him an ideal target for Republican denial of fact. They use him to deflect the factual arrogance of denying 97% of the world’s climate scientists who find tons of evidence that our current pattern of rising temperatures and warming oceans is a result of human activities.

But think about what’s happening here. If it is possible to deny the fact that 9/11 happened under the watch of George W. Bush, denying the complex and scientifically predicted influence of climate change is simple by comparison. The height of arrogance and the depth of denial work together fantastically in the propaganda-driven mode by which the Republican Party communicates.

As a result, terms like “sustainability” and “gun control” become catchphrases and buzzwords of resistance in the party of denial. These terms bespeak change in favor of temperance and planning, which are translated as government intervention by the party with a professed aversion for government even as it seeks total dominance over the three branches of jurisdiction; the Presidency, legislature and the courts.

This is the height of arrogance and the depth of denial at its most sinister level. To claim to hate the thing you want to rule is both an arrogance in purpose and a denial of responsibility.

That’s what’s taking place on a grand scale here in America. The height of arrogance and the depth of denial also rules the brand of Christianity used to back Republican aims. The movement to wield the power of Christian faith in politics without abiding by the basic principles of Christianity is now 30-40 years old. Conservatives seeking to align their supply-side economics with biblical authority conveniently ignore the call to divest themselves of wealth in favor of spiritual governance. As a result, churches feel free to politicize and make the claim that you cannot be both liberal (ne: a Democrat) and a Christian.

It’s no surprise that the inconvenient truth of science, especially the theory of evolution, interferes with this narrative that a fundamentally literal interpretation of the Bible is the only way to gain truth. This also denies the fact that Jesus taught using metaphors drawn from nature to explain important spiritual principles.

When pressed about his own faith and love for the Bible, Donald Trump ripped a page right out of the Republican playbook with this statement: “I wouldn’t want to get into it. Because to me, that’s very personal,” he said. “The Bible means a lot to me, but I don’t want to get into specifics.”

Again, the height of arrogance and the depth of denial is at work.

But not everyone buys this brand of junk. Using his own quotes and philosophy, folks on Twitter took after Trump (and by proxy, all of RepublicanLand) with a feed called #TrumpBible. Take a look at how they handed Trump his stupid hat.

It’s time we all got a bit wiser about how this game of arrogance and denial really works. No one should get away with stupid remarks like Jeb Bush claiming his brother was not responsible for 9/11, or the partnered meme that Bush was not even President when it happened nine months after he was installed as President.

The sad fact is that so many people prefer the height of arrogance and the depth of denial. It fulfills their worldview on many fronts, exonerating them from responsibility for painful social issues such as gun violence, racism and economic exploitation. Let’s be honest and hold these people accountable. Stop letting your friends and conservative associates turn bald-faced denials and unaccountable arrogances into something resembling fact.

Donald Trump is just the starting point. He symbolizes the so-called anger expressed by so many Americans, and for all the wrong reasons. Denial is not a form of government. It is the absence of governance, and an entire lack of conscience.

Don’t let them get away with it. Call them out. The height of arrogance and the depth of denial is exactly what is killing American hopes and a future fit for all.