Sociopath: a person with a psychopathic personality whose behavior is antisocial, often criminal, and who lacks a sense of moral responsibility or social conscience. 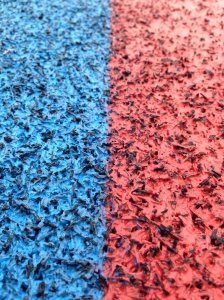 Perhaps you noticed the difference in tone between the Republican and Democratic debates? The Republican “debate” was all about name-calling, angry accusations and selfish calls for political support because the “other guys” both within their own party and political opponents outside the realm of Republicanism are doing it all wrong.

Basically what we saw was a line of sociopaths socializing over a menu of red political meat. And to no one’s real surprise, they were eating their own.

By contrast, the Democratic debate focused on issues of substance, and when issues like the Hillary Clinton emails came up, candidate Bernie Sanders steered the subject back to matters that mattered. “Enough about your damn emails,” he barked. “Let’s talk about real issues.”

See, there really is a moral equivalency that needs to be measured in the nature of how Republicans conduct themselves and the manner in which Democrats are trying to solve America’s problems. Notice the difference there? For a lineup of sociopaths, it’s literally impossible to think about the impact of what they’re saying about others. They don’t care. They’re antisocial to a major degree.

Donald Trump is leading the polls on the Republican side. His misogyny is so bald-faced and crass. His entire campaign is about the fact that “he’ll do this” and “he’ll do that.” And it will be better. He’ll force people to the table to negotiate. And if they don’t like his deals, he’ll dump them and move on. He’s the king of anti-socialites, primped with a bad hair style and a bad brain beneath it. He’s a sociopath.

And yet he rallies the sociopaths who love his style. That’s because there’s a brand of socialism that emanates from sociopathy. That’s how organizations like the Klu Klux Klan were able to help impose Jim Crow laws that favored whites across the nation. All social advantage was conferred to white people through economic and political power. Blacks were denied jobs and even a seat at the counter or on the bus.

This is the most evil brand of socialism. Here’s how it is defined:

Socialism is a social and economic system characterised by social ownership and/or social control of the means of production and co-operative management of the economy, as well as a political theory and movement that aims at the establishment of such a system.

Do you begin to see how it works? Sociopaths like Donald Trump and Marco Rubio (who acts like a serial murderer) and Chris Christie and so on…love to claim they favor capitalism as a socioeconomic system. But their brand of capitalism does not provide equal opportunity for all to participate in the system. By definition and design, the Republican Party has concocted through a combination of Good Old Boy political favors and outright bribery and control by industries such as oil, pharmaceuticals and even agriculture, turned America into a socialistic oligarchy.