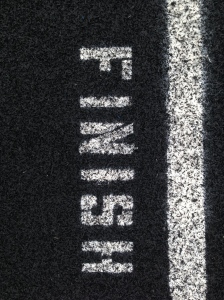 If you’re familiar with Left Behind series of books authored by Tim LaHaye and Jeremy B. Jenkins, then you likely know there is a new movie coming out in theaters starring Nicholas Cage. In movie parlance having Nick Cage star in your movie is an opportunity to give real credibility to the story you are trying to tell. Or sell.

The plot line of the new movie according to imbd.com goes like this: “A small group of survivors are left behind after millions of people suddenly vanish and the world is plunged into chaos and destruction.”

Interesting the generic description makes no mention of the notion that God is the destructive force behind the chaos. It also avoids mentioning the fact that the entire notion of the Rapture upon which the movie is founded was fabricated in the 1830s to give the Bible a more actionable relevancy at the dawn of an era when science would soon explain the very origins of life. It was both a fearful attempt at garnering followers that was simultaneously based on fear as it attractive feature.

So the books and movies upon which the Left Behind series are based depend on a worldview conceived in the mid-1800s, and it hasn’t advanced one bit. Nor does it seem concerned with how it openly deceives people with its falsehoods based on highly literal interpretations of obviously symbolic imagery, a patent hunger for sensationalism and a myopic stance on the role of religion or Christ in history. It simply wants to sell itself off as the truth.

The entire Left Behind series was contrived to market a competing worldview to that founded on science, humanism or even a rational Christianity. But we must be cognizant of the fact that the Rapture was an emotional concoction dreamed up to make the Bible a more scary and interesting book, thus creating converts.

Here’s how the website Stormloader described the whole Rapture enterprise and its beginnings:

“The theory of the rapture began in the early 1830s. It was invented by Margaret MacDonald of Scotland and promoted by Edward Irving. Margaret claimed to have had visions of the second and third coming of Christ. Irving, a Presbyterian preacher, promoted the idea that there was to be a restoration of spiritual gifts before Christ’s return. It was at that time, the 1830s and 1840s, when he expected Christ’s return to take place. The date for Christ’s return was set for 1844. The year came and Christ did not return. Nevertheless, many continued to follow the leadership of Irving. He emphasized the tongues (speaking in…) gift. This was not the genuine tongues of the Acts of the Apostles, but the phony tongues of speaking gibberish and claiming it to be a gift from God. The Presbyterian Church kicks him out as his movement began to slide into high gear.”

Since that period in the 1800s when the so-called Rapture was invented, there have been numerous attempts to cobble together similar scriptural narratives using both literal and highly fantastical elements of the Bible to predict the Second Coming. All of these efforts have failed of course.

The most recent high-profile predictions came from Harold Camping, a doomsday minister whose Family Radio talk show featured his threateningly deep voice and a patiently impatient method of teaching and correcting his listeners on scriptural meaning. His predictions that the world would end May 11, 2011 did not come true. The Fox News website describe’s Campings embarrassment and disillusionment when his calculations about the end of the world again failed.

“Camping’s most widely spread prediction was that the Rapture would happen on May 21, 2011. His independent Christian media empire spent millions of dollars — some of it from donations made by followers who quit their jobs and sold all their possessions– to spread the word on more than 5,000 billboards and 20 RVs plastered with the Judgment Day message.

When the Judgment Day he foresaw did not materialize, the preacher revised his prophecy, saying he had been off by five months. The preacher, who suffered a stroke three weeks after the May prediction failed, said the light dawned on him that instead of the biblical Rapture in which the faithful would be swept up to the heavens, the date had instead been a “spiritual” Judgment Day, which placed the entire world under Christ’s judgment.

But after the cataclysmic event did not occur in October either, Camping acknowledged his apocalyptic prophecy had been wrong and posted a letter on his ministry’s site telling his followers he had no evidence the world would end anytime soon, and wasn’t interested in considering future dates.”

Of course he wasn’t interested in further predictions. Because by then he knew his worldview was false and contrived. He was dead wrong about the entire theology of the rapture and the end of the world. But Camping has been far from alone in being so wrong. Dozens of such predictions have been made over the ages and not one has come even close to being right. Even during turn of the millennium in the year 2000 when the world seemed ripe for a revelatory experience, there seems to have been on important entity that forgot to listen. That would be God, who failed to follow the instructions of all those earthly doomsday prophets and freakazoid survivalists stocking water and freeze-dried food in their basements.

God seems content to ignore earthly profits as well. Which is why the creator of all things has not kept writers Timothy LaHaye and Jeremy B. Jenkins from leveraging an ugly take on prophetic scripture into millions of dollars in profits from their books and movies about the rapture.

Frankly it’s not that hard to come up with a rapture narrative. Absent of historical context and its limiting scope, the Book of Revelation and the Book of Daniel and others can be mashed together into a thriller about the end of the world. Never mind that the real purpose of Revelation was to give hope to believers in the face of Roman persecution. But it is also a work of vengeful desires and prayers for deliverance. Hence its appeal to an American society where those two values seem to be everywhere in the politics of the politically conservative voters and believers.

A broad segment of the evangelical and pentecostal Christian community still seems to view the interpretation of Revelation as the end of the world, and a fitting end to the Bible, itself a highly symbolic (though often literally interpreted) sequence of letters and narratives written to record and describe the faith community that built up around Yeshua, a wandering teacher and prophet whose words and actions inspired descriptions of him as the Son of God.

When the Jewish man named Yeshua, or Jesus as he is popularly known, was crucified by the Romans for essentially disturbing the peace, the legend and religion that grew up around centered on his position as “The Christ,” the son of God.

It was hard for many to believe that the son of God could be hung on a cross and bled to death. Yet the religion that grew out of his acts adopted these sacrifices as signs of acceptance and atonement. Christianity lived as an underground movement for quite a while before Rome and then history adopted its tale as encompassed in a carefully rigged book known as the Bible as doctrine.

We use the term “rigged” intentionally, because there were competing versions of the Christian intent and purpose. These were ultimate quelled and culled from the Canon, but not the book Revelation. It was far too useful and fanatic a book to discard along with other mystic visions of life with Jesus and life beyond this earth.

As time wore on, the context of Revelation was lost. Its angry accusations toward Rome and predictions that all hell would break loose for barbarians, whores and lustful emperors came to be regarded as something else entirely. The allusions and shared allegories for destruction were wrapped together with the Book of Daniel, from whom it inherited equal parts anger and hope for deliverance, to make a supposed whole.

The idea that the Bible somehow works like tarot cards, or like a palm reader or an astrologist is so invited to some people that they actually buy into belief systems such as those advocated by End Times Theology or the Left Behind series. What makes this even more sad and distracting is the vengefulness of the narratives contained in these books and the movies that stem from them.

Why do so-called Christians not call the authors into accountability for the false and even evil nature of End Times theology? Because something in it truly appeals to the certainty they require of their religion. Everyone wants to find a certain thing when they wrestle with the notion of faith and God and salvation. The aggressively righteous always seem to gravitate to religion that delivers a notion of victory.

Yet it was Jesus who seemingly lost, big time, when he was crucified. HIs own disciples were distraught and even angry at this notion when he predicted it. Then he was mocked by those who made fun of the fact that he was labeled a king.

The real focus of faith should be centered not on the Left Behind series, which celebrates a violent end to the ages. Instead we should be centered on the notion that someone is Right Behind us, and it happens to be the person we most seek to follow. That is Yeshua. Jesus, the Jew that transcended the laws of the Jews with a new law, one of tolerance, love and mercy. A love that is a guide for all our actions if we have enough common sense to listen to the voice behind us, urging us onward, to do good, love well and to seek or offer forgiveness.

Yes, that love that comes with responsibility and commitment and acknowledgement of grace. But consider what this wonderful verse from Isaiah 30:21 has to say about the type of certainty we can gain from a faith that is focused on Right Behind rather than Left Behind.

Isaiah 30:21
Whether you turn to the right or to the left, your ears will hear a voice behind you, saying, “This is the way; walk in it.”

2 thoughts on “Who needs Left Behind when Right Behind is the more accurate theology?”