One of the interesting things about being a content creator in the marketing world, as I am, is the things you learn from translating often complex concepts into communications people can understand.

A few years back I wrote a series of whitepapers for a company that handles requisitions and distribution of healthcare supplies for hospitals across the Midwest. They often step in as a third party partner to take the burden of managing those logistics off the back of the hospital so that administrators can focus on the actual healthcare side of things.

We’re all learning the importance of these services as the Covid-19 pandemic continues its spread across the United States of America. The federal government, state governments, and local authorities all got involved procuring and distributing healthcare supplies to healthcare companies in desperate need of them.

One wonders if the company for which I wrote that content has seen an increase in demand for their services, or if they’ve been cut out of the deal entirely We’ve witnessed fights at the highest levels of government over whose responsibility it is to manage the process of manufacturing, ordering and distributing supplies critical to the treatment of Covid-19 and protection of all the people working in the healthcare world.

Where does a third-party system fit in all that craziness? 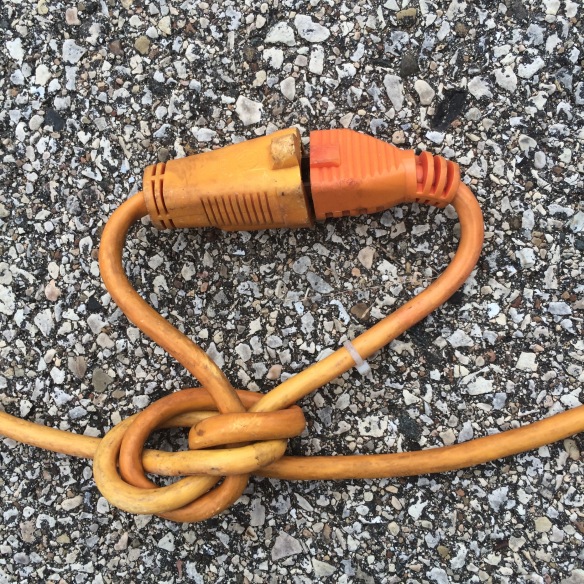 When healthcare becomes a political topic, we seldom seem to make connections about the systems necessary to make a “good healthcare system.” It’s all about ideology instead. Some decry the idea of a “socialized” or national healthcare system in favor of the profit-driven model we have now. But when systems quickly break down and supplies are in short demand as they obviously are during this pandemic, it makes you wonder if pride in the quality of our healthcare system is not somehow misplaced.

In testimony before a national committee assessing our government’s response to this pandemic, Rick Bright, the recently ousted vaccine official, stated that grave danger exists because the United States is not prepared or responding well to the challenges caused by this virus. “The world is confronting a great public health emergency which has the potential to eclipse the devastation wrought by the 1918 influenza which globally claimed over 50 million lives,” he said. He proceeded to advocate for a coordinated national response, as opposed to President Trump’s choice to that burden onto state and local authorities. Trump has crazily bounced back and forth between the two, claiming one moment to own all authority while at the same time blaming state governors for their poor handling of the supply and demand of PPE and other needs.

As I write this I’m sitting in an emergency room tending to the needs of a person close to me. I’ve been in dozens if not hundreds of waiting rooms like this over the years while serving as a caregiver to family members and friends in need of support. I have close friends who work in the healthcare systems of this country. Some are administrators while others serve as doctors, nurses, and many other specialties. I also have friends who work in healthcare communications and public relations. All of these people are great at what they do.

But I’m not so sure our overall healthcare system is great at what it does. And when a national crisis like this strikes, we lack a legitimate collaborative mechanism to coordinate efforts in the face of genuine threats. This essentially qualifies as a coarse example of willfully broken trust on behalf of an ideology that stipulates, at many levels, that healthcare concerns are a question of individual responsibility and a system based on the Ayn Rand mantra of “every man for himself.” In many ways, that amounts to an approach in which women are cut out of the equation of making decisions about their own healthcare needs.

That doesn’t even account for people with healthcare issues at hand. I’ve witnessed firsthand what it means to advocate for a patient with what the health insurance industry categorizes as a “pre-existing condition.” It was painful and often dehumanizing to realize that the person you love is considered a liability by everyone you encounter. From the employer offering the insurance to the companies issuing it, that pre-existing condition caused people to shuffle us around like checkers on board.

I’ve also seen medical mistakes up close, such as the time a batch of chemotherapy was wrongly applied by a nurse and leached out through a hole in the abdomen to leave a chemical burn on her stomach. We probably could have sued over that incident, but we were so grateful to be getting treatment at all that the idea of rocking the boat was not an option. Plus we didn’t believe in that course of action. Our doctors and nurses were responsible people. Mistakes can happen.

Perfection is not what medicine is all about. Likewise, no healthcare system will ever be perfect. Yet there’s a new awareness of how medicine is supposed to work in this world, and what it means when it doesn’t. We’ve also become aware that denying that a problem or a pandemic threat exists does not solve anything. It makes things worse. Delays response. Causes panic and fear. Costs lives.

Yet somehow, quite crazily, many people seem to prefer denial over credible response.

Perhaps it’s time we took more pride in what healthcare is supposed to do rather than what it costs to do it. All the exorbitant billing games played by healthcare providers, administrators, and insurance companies are wasting billions on what amounts to a massive blame game in which everyone battles over the proceeds from the price of a procedure while no one wants to admit what it legitimately should cost. I say it’s time to take healthcare insurance administration out of the hands of the companies forced to administrate it. The corporations and non-profits of this world don’t need that hassle. It confuses their mission and causes nothing but headaches for all involved. That’s why a public option is the best thing that could ever happen to the world of business, especially small businesses where keeping employees insured is a massive burden.

Medical insurance is itself a crazy proposition. I’ve seen medical bills for a chemo treatment sporting a tab of $44,000. Later I learned that its true cost was a fraction of that. The provider and insurers haggle over that big bill and eventually settle on some sort of money exchange. How is that a remotely intelligent way for healthcare to be administrated? It is not. The healthcare industry knows this. But competitive factors keep everyone locked into a profit-making model dependent on actuarial systems designed to limit treatment. That’s the pre-existing condition of the healthcare industry as a whole. 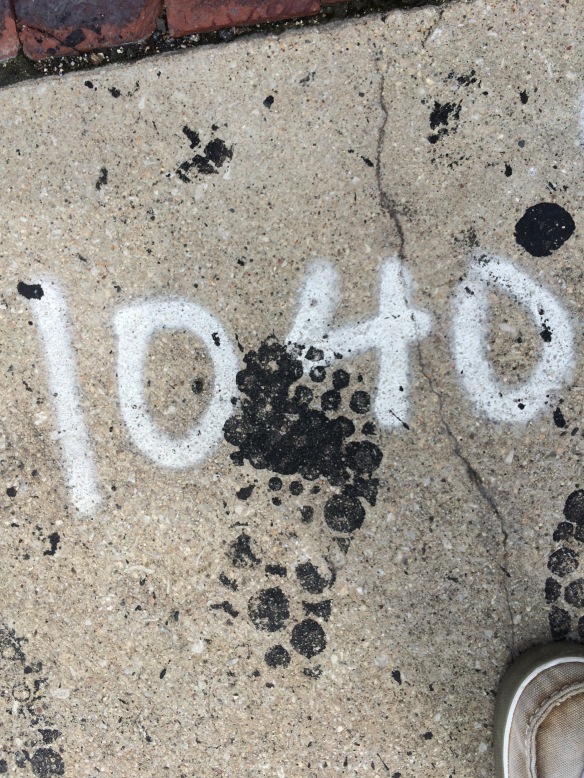 I know doctors that hate the Affordable Care Act, aka Obamacare because they perceive it as an administrative burden and a potential limit on their profits for their profession. Physicians take on a ton of risk between the costs of their education, the insurance for their practice, and the fixed operating costs of running their business. And because it is a business, they are not fond of regulations impacting all these factors that affect their specific situations.

So we should respect those concerns and reduce those burdens through an intelligently designed cooperative between government and free-market healthcare providers. We already have successful models for public/private partnerships in facilities such as Argonne National Laboratory where real science takes place and is available for use by businesses that can use that research in commercial and other applications. This is America, people. We can make these things happen.

But it’s the stubborn claim that government is a bad thing that has damaged public trust over the last forty years. Remember when our country had actual pride in the fact that we were the first nation to put human beings on the moon? Now the public dialogue seems to be dominated by a brand of people who insist that it never happened, or that the earth is flat, and that the theory of evolution is the scourge of humankind. Their distrust of government aligns with a distrust of science founded in the radical notion that both are trying to pull the wool over their eyes. We’ve witnessed that radical worldview in calls to “Fire Fauci” and the actions of armed protestors storming the capitol in Michigan to demand concessions from that state’s governor.

These outcomes are all products of conspiracy theories invented to grant ownership of reality to distrusting souls eager to defy and deny reality. The fact remains that the administration of government, medicine, and science all take hard work to do. The entire premise of Make America Great Again was the solutions were simple. Yet Trump himself has had to repeatedly admit, “Who knew healthcare could be so complicated?”

It takes commitment and costs money to do healthcare, science, and government right. It is astounding to realize how quickly Republicans reacted with major stimulus funding when they realized how badly Trump and their entire party had botched response to this pandemic. Of course, their instincts are always to throw money at the people who need it least. That’s why every Republican President since Eisenhower has presided over recessions, sometimes multiple in number under one administration.

The needle and the damage done 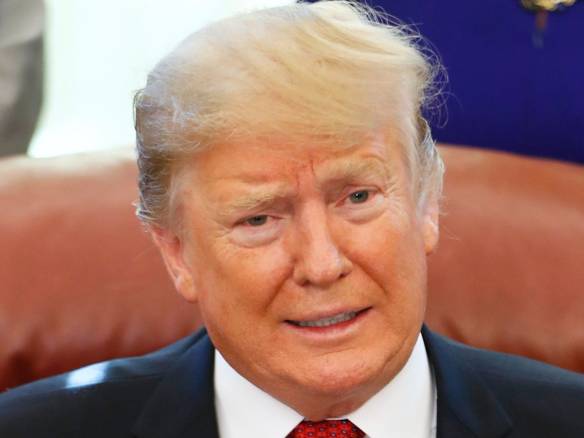 Meanwhile, the Democrats want to grant assistance to millions of people cast out of work by the effects of a pandemic made far worse by the delay caused by Donald Trump’s feckless denial there was ever a problem in the first place. The press has needled Trump over his many contradictions on the subject, and Trump has responded by claiming he “knew all along” that the pandemic was going to be bad. Yet that’s an even worse admission of guilt. If he knew, why did he not act rather than claiming it would all disappear “like a miracle?” That belief system sits well with people who saw Trump as a Magic Man in the first place.

But this dumbing down of our country to satisfy the conspiratorial urges of a willfully disenfranchised and selfish populace needs to stop. Now. We all know where that starts. Some just refuse to admit it. They’ve put their own man on the moon and want to keep him there because he talks about hoaxes and gives credence to alternative views of reality. But the evidence of this folly is the pain we’re seeing from the crippled concept of supply and demand in the healthcare industry today.