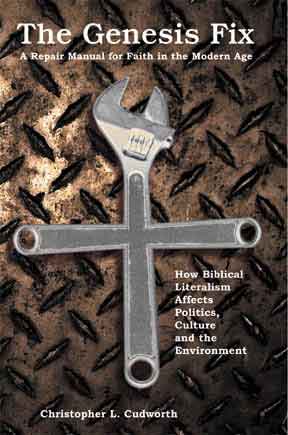 My 2007 book The Genesis Fix examined how religion affects politics, culture and the environment. This excerpt describes how some people like to fuse the three into one.

“Part of the reason doctrinal politics, economic aggression, and triumphal religious language make such a potent combination is that all three appeal to a sense of personal pride. Some people refuse to distinguish between the three. For a potent illustration of faith at play in the real world of business, we quote the May 5, 2001 obituary of one Carl Bagge, a successful businessman, former leader of the National Mining Association and former National Coal Chief. Mr. Bagge’s obituary outlined the passionate manner with which he did business as a strong proponent on behalf of the coal industry and coal-burning electrical plants. Mr. Bagge called clean-air groups “environmental elitists,” declaring evidence that acid rain came from the pollution generated by coal plants “inconclusive.” He also apparently saw his work on behalf of the coal industry as a religious mission. In reference to his occupation, he was quoted as saying; “We’re doing the Lord’s work here, people. Anybody who doesn’t believe that may as well leave, go and work for the other side.” When Mr. Bagge became president of the National Coal Association, he changed the group’s number to 202-GOD-COAL to reaffirm for its members that was the only force that could keep them from their aims. The number is still in use.

Mr. Bagge exemplifies the manner in which some people freely mix religion and corporate aims. People who have pride in their religion and their work often find it hard to keep the two separate.  The only problem with a close relationship between faith and business is that close an association has been known to corrupt both.”