There are problems with that behavior as it relates to federal election laws. But it also evidences fraudulent behavior in execution and protection of a non-disclosure agreement that was never signed by Trump yet has been used to publicly threaten and silence Stormy Daniels from sharing information about the nature of their illicit affair.

The Hannity Question: Round 1

Lurking behind all this sordid secrecy is the fact that a big Trump supporter with a national TV audience that numbers in the millions is also a client of Michael Cohen. That is Sean Hannity. And of course, Hannity denies that he was ever a client of Cohen. Yet Cohen’s attorneys insisted that the name of a mystery “client” be kept secret to protect their identity as the details of Cohen’s fraudulent activities are examined after a raid by the FBI that was approved by a judge who saw ample reason to suspect Cohen of considerable wrongdoing on a number of fronts.

So let’s pause there a moment and consider something. Sean Hannity claims that he’s never “paid” for any legal work done by Cohen. He admits to having several “brief conversations” with the attorney over matters that are not specific. Such as these, perhaps? 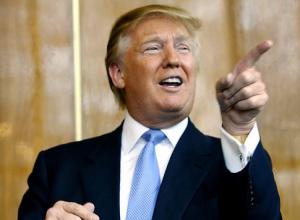 Yet the 1:1:1 relationship between Donald Trump, Michael Cohen and Sean Hannity must be considered a legitimate political concern. We’re talking about a lawyer in Cohen who directly represents the President of the United States. He is the subject of suspicion in conducting dishonest or outright illegal activity on behalf of the current United States President during a highly contentious political campaign whose outcomes were driven by large-scale media exposure.

We should note that there were also proven efforts documented by Special Prosecutor Robert Mueller indicating that Russian operatives used social media to adversely sway voter opinions toward Hillary Clinton while promoting positive impressions of Donald Trump. Could Cohen possibly have been involved in contact or negotiations with any such operators? It does not seem out of the parameters of Trump’s methods to have Cohen take care of such communications, even if just to get the direct on anyone who might open a can of Trump worms.

Throughout all this, Sean Hannity has been a demonstrated advocate of the person and policies of Donald Trump. And we’re supposed to believe that his association with Trump’s personal attorney is just a coincidence.

The Right would have blown a gasket. Yet here is Sean Hannity, essentially in the same legal bed with Donald Trump, and claiming that he’s had no influence on the man, nor gained any favor, special treatment or information from the relationship.

They’re all screaming about the supposed protections of the client-attorney relationship. But this is America we’re talking about, and rule of law says that when criminal activities are afoot, and they clearly are with Cohen, the law takes precedence. And when national security is at risk, as Trump has evidenced on a number of occasions by revealing classified information or issuing nuclear threats or making war without approval of Congress, then America deserves the right to know the real motivations behind all the cloaks of immature judgement that constitute the blanket fort of Donald Trump.

Trump screamed “Lock her up” toward Hillary Clinton for her use of a private email server. Well, she made mistakes. But none of them was deemed by multiple investigations to be criminal in any way.

And during all that scrutiny, she did not share with a major media personality the services of a crooked lawyer with a reputation as a mob-like fixer. That would have made heads explode on the Alt-Right. Frankly, I don’t even think the Right could make up things that sound so absurd.

Yet here we are. Stuck in a surreal world where lies and legends converge in a maelstrom of political subterfuge.

It’s time for all this to come to light. Here’s hoping the Special Masters soon to be hired to vet information secured during the raid on Cohen’s joint will find reason to force Trump and Hannity and all the rest of the scoundrels hiding behind “legal means” to tell the truth. That’s the answer to the Hannity Question we all want to know. What’s really going behind the scenes  in the Right Wing world, and how is it about to make America a far worse place than it once was?