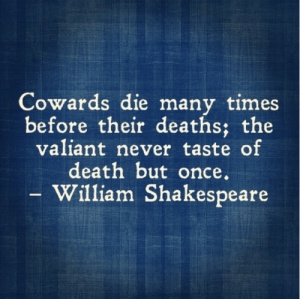 The State of Missouri just loosened its gun laws making it easier and legal to carry a concealed weapon without much scrutiny. The Show Me State can obviously do what it wants, but isn’t it just a little ironic that a state with that motto is now making it easier for it citizens to conceal a weapon for whatever purpose they like? How is that not simply a relaxed license for murder?

Which is why states that hate Concealed Carry have passed Open Carry laws, and why states such as Missouri are moving toward lack of regulation. A nation of selfish cowards needs to create laws that affirm their fearful neuroses.

What sane person actually believes a person needs to carry around a handgun for personal protection? What responsible person can’t manage to make a trip to the grocery store or other public places without carrying a sidearm on their hip, and out of sight?

The nation’s gun laws have been twisted by fearful zealots to affirm this sad, fearful set of beliefs. That means we all have to put up with the secretive habits of people afraid of their own shadows. The Home of the Brave has become Home of the Cowards. Because it doesn’t take bravery to carry around a gun. It takes someone perpetually afraid they’re going to die to carry around a gun. As William Shakespeare once wrote, “Cowards die many times before their deaths, the valiant never taste of death but once.” In other words, Concealed Carry laws are for all those people dying inside because they don’t have the courage to really live without deadly force at their disposal.

The reasons for these fears are manifold. Some fearful gun toters are racists. Others imagine the government is planning martial law or tyranny. Still others love the idea that a gun means power in any social circumstance. But that’s still a fearful worldview, for it is based on an implement of justice, not civility.

On one hand gun proponents cite the fact that gun crime is down in America. Yet these same people somehow cite the need to carry a weapon around as if they were part of a roaming militia needed to patrol the streets of America.

But where that dynamic creates the most havoc is in urban neighborhoods where lawlessness truly is rampant. That’s where proliferation of handguns is highest. Conveniently, these people are branded “irresponsible” gun owners to excuse the massive degree of gun violence they commit. But actually, these folks are technically obeying the letter of the law, if not the spirit. See, the definition of a threat is up to the gun user. No one else gets any say in the matter when guns are unleashed.

So the only difference between the urban gunfighters and those seeking to tote guns into a situation such as church is circumstance. When a young white man brought weapons into a black church in the South and opened fire, killing nearly a dozen people, even that small measure of perceived safety in the house of God was spattered in blood.

Some gun proponents have the gall to suggest that circumstances such as these are the fault of people sitting in church unarmed. Of course that would defies the very reason for going to church at all, which is to trust God in all things. By that literal logic, we must assume that people gunned down in church are simply the victims of God’s will.

If you don’t believe that to be the cause, then the real culprit is clear. America’s gun laws have evolved into an unholy expression of the selfish, fearful interpretation of the Second Amendment that led to Concealed Carry in the first place. Gun zealots who like to brand themselves brave defenders of social justice deceive only themselves. In fact they are the true cowards in a society that does not need their brand of gutless guile.