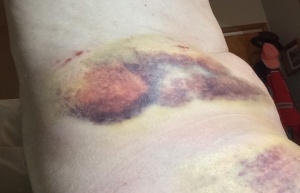 There is so much pain in the world. Christians seeking to heal that pain rightfully turn to their faith as a means to promote forgiveness that can relieve personal and spiritual pain. That leads to healing.

The challenge to this process is in learning how to use the Bible to communicate the forgiveness that leads to healing. The Christian church with all its variegations and interpretations of the Bible is not much help.

The prime example of how to understand scripture rests with Jesus Christ, who taught using parables anchored in organic symbolism to convey spiritual principles such as love, mercy and justice. Christ’s parables made the kingdom of God accessible to all.

This example was lost on those whose zealotry for godly authority drove them to turn scripture into law. Jesus, therefore, experienced conflicts with religious authorities who refused his often symbolic warnings and prophecies. When Jesus threatened to knock down the temple and rebuild it in three days, people mocked and laughed at him because the stone temple had taken years to build.

But that’s the point of scripture: it uses hyperbole to express the spiritual wonders of God.

People who take the Bible literally often miss these crucial examples. The Book of Genesis is one such book that has been raked and damaged by those mining it for literal interpretations of the Creation story. As a result, Christianity itself has been ripped up the middle by this divisive interpretation of Genesis. Jesus himself would be aghast at what has become of the Creation story in the hands of these so-called Christian perpetrators, religious fundamentalists without imagination, hope or trust that God’s Word can do more than talk like an ignorant child. 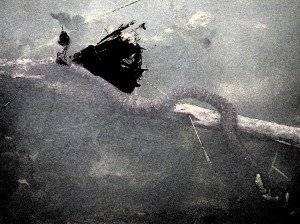 A viper waits below the surface.

Again, Jesus called that brand of believer “hypocrites” for casting blame against all those who broke the rules they created. He further characterized them as a “brood of vipers.” Take note of Christ’s use of naturalism to explain that powerful concept familiar to all. You don’t want to enter the den of venomous snakes, do you? Well, then we’re supposed to know that it’s best to avoid those who turn literalism into legalism.

None other than Pope Francis of the Catholic Church is promoting a departure from legalism, literalism and faith build on ramparts of dogma and divisiveness. Of course he’s getting tons of resistance from religious conservatives stuck in the past and happy to use the divisiveness of legalism to win political and religious converts to their own benefit, power and authority.

It will take quite an effort to recover the faith from the hands of these murderous intents.

So the healing of Christianity needs to come from these clear warnings from Christ. There is no need to castigate science or evolution as oppositional to God. There is no call to avoid modernity at all, for the Word of God is eternal, not intransigent.

What follows is a passage of healing for all Christians to consider. It is written with all loving intent, for it is designed to heal the rent between old brands of faith and a new, truly born-again approach to faith in God and Christ.

This communicates the basics of a sustainable brand of faith that does not cower before science or force people to rent the gut of Christian faith in order to demonstrate their fealty to God. Consider it a creed of sorts, for Sustainable Faith in the modern age.

Evolution explains our material origins. The Bible explains our spiritual origins. Genesis represents humankind’s spiritual awakening to God, our birth, as it were, into that relationship. The entire Foundation of scripture depends upon deeply organic imagery to describe creation and how that is an expression of God’s love for the world. Jesus taught using parables anchored in naturalism as well. He did so to make spiritual concepts accessible to all those who would listen. When his disciples either refused these methods or did not get it, he called them “dull” for missing the vitality and purpose of these metaphorical stories. Christ’s example is how we need to look at the entire Bible in order to grasp its connections between material and spiritual truth. Jesus would have no trouble with Darwin, evolution or science.

Jesus taught using parables anchored in naturalism as well. He did so to make spiritual concepts accessible to all those who would listen. When his disciples either refused these methods or did not get it, he called them “dull” for missing the vitality and purpose of these metaphorical stories. Christ’s example is how we need to look at the entire Bible in order to grasp its connections between material and spiritual truth. We repeat: Jesus would have no trouble with Darwin, evolution or science.

Christ’s example is how we need to look at the entire Bible in order to grasp its connections between material and spiritual truth. In fact, he celebrated nature as expressive of God’s fidelity, but also free will and change. Evolution and free will go together, you see. Our lives are not predestined, and God makes no guarantees of happiness, wealth or favor. But our relationship with God and Christ overcomes all such circumstances with faith and grace.

In the end, it is our spirit that defines us. The body withers and fades away. This is true for all living things from amoeba to insect to bird to ape to human beings. Dust to dust. But explaining our evolutionary and proven material relationship with nature is no crime of thought. Through genetics, we understand that human beings share 98% of our genes with apes, and more than 60% of all our genetic material with every living creature on earth. We are connected, in other words, to all of creation.

This worldview mimics that of Jesus Christ and the Bible, and we should grasp that worldview in the same way. There is only conflict between the world and God if you make it so. Yet that explains much of the state of religion and politics today.

Christianity needs healing. It must begin with this understanding that Jesus Christ was our leader in how to approach and understand the organic roots of scripture and our relationship with God.