Today’s scripture passage at church was a quite famous story found  in Mark 10:17-29. A man approaches Jesus to ask him, “What must I do to inherit eternal life?”

The passage focuses on how Jesus addresses the man. 18 “Why do you call me good?” Jesus answered. “No one is good—except God alone.”

“All these I have kept since I was a boy,” the man replies.

21 Jesus looked at him and loved him. “One thing you lack,” he said. “Go, sell everything you have and give to the poor, and you will have treasure in heaven. Then come, follow me.”

The passage remains the greatest challenge of all for so many in this world. The belief in modern society that success is the measure of the man, and that success is measured in material terms, is still a stumbling block. America is one of the richest nations on earth. There are many people who enjoy their wealth and the security that comes with it.

But the lesson from Mark 10 calls all this worldly focus to account. Scripture describes the reaction of the man who approached Jesus with the request, “What must I do to inherit eternal life?” He is told to give it all to the poor. Cherish nothing. Covet nothing. That’s what Jesus asks.

The bible says: “At this the man’s face fell. He went away sad, because he had great wealth.”

We don’t know what happened next. Scripture does not tell us. But perhaps if the man had engaged in a change of heart, sold all his possession and followed Jesus, as his closest disciples had done, we might have heard more about the man. He might have been one of the greatest heroes in all the bible, for that matter.

Instead the man went away sad because he was not sure he could bear the idea of giving up his wealth. Perhaps he was good at protecting it as well. We all know how prideful and jealous people can be toward their worldly possessions. Some stack up weapons in their homes to confront and “defend” themselves against anyone that might dare to enter. These enemies, imagined or real, are considered good enough reason to use deadly force in protection of goods and family. 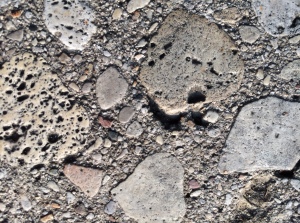 It is hard to imagine Jesus giving anyone a hard time about that, isn’t it? After all, isn’t it our job to protect our family and guard our homes? Isn’t that the most important thing in all the world?

Not according to Jesus, who tells us that we need to give it all away to get what we really need, which is fulfillment. 29 “Truly I tell you,” Jesus replied, “no one who has left home or brothers or sisters or mother or father or children or fields for me and the gospel 30 will fail to receive a hundred times as much in this present age: homes, brothers, sisters, mothers, children and fields—along with persecutions—and in the age to come eternal life. 31 But many who are first will be last, and the last first.”

This statement is a direct indictment of the “I’ve got mine” mentality that drives so much of modern culture and economics. The idea that wealth is to be earned and then guarded with deadly force is not the way that Jesus would have us follow at all. The idea that keeping and bearing weapons for the purpose of protection of home and family turns out to be a gross exaggeration of an already misguided principle.

Nothing you have in this world is meant to be kept. Absolutely nothing. Jesus drove a hard bargain even with those who clung to family ties. He certainly would not have supported the worldview that 290M guns are necessary for the protection of anything. Yet that’s an estimate of how many guns we have in America. Supposedly these guns protect our freedoms.

“What is freedom?” Jesus might well have asked. “There is no freedom if you are a prisoner to the weapons you need to protect it.”

Recently a friend on Facebook tried to make a point in favor of guns by invoking a veiled reference to religion. “It’s not the guns,” he pleaded, “Gun crime is a matter of the heart.”

But it is the guns, you see. It’s the guns and all the possessions to which we cling for fulfillment of our perceived promise of prosperity from God. That’s what’s wrong with the entire “I’ve got mine” mentality driving our acquisitive culture. It is a never-ending cycle of wanting more and delivering it by force or cunning if necessary. This has produced a political worldview that takes the position of punishing the poor for being need and passes an increasing amount of wealth to the already wealthy in hopes that it will “trickle down” to the poor like wine dripping off the table of a king.

This gruesome and distorted vision of prosperity leads to a defensively violent protection of self-interest and a host of rationalizations that support it. That is how the so-called Christian politically lobby has come to be so closely aligned with gun proponents. It’s not about protecting rights at all. It’s about protecting things that people have come to value as part of the package perceived to represent the American enterprise system.

But Jesus has a different message. He makes the point that if it is protection from evil that you truly want, the first thing you may have to do is give away everything you own. Otherwise people cling to temptations that pull them away from the trust that God will provide. Only in that trust do you have all that you need.

It’s a very hard lesson for anyone to learn, perhaps the hardest lesson in all the Bible. It is also difficult for some people to appreciate and understand that the Kingdom of God is not some faraway place or a goal to be attained. The Kingdom of God is ever present, right here on earth. It is what we make it, and whatever else may come.