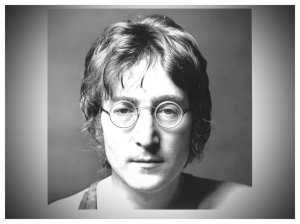 The iconic lyrics of the song IMAGINE by John Lennon have for 30+ years served as an idealistic reminder that the world can be a better place. Yet none other than Elvis Costello took a shot at those lyrics with his own song “The Other Side of Summer” when he wrote,

” Was it a millionaire who said “imagine no possessions”?

Costello was far from the only person who questioned the verity of Lennon’s philosophy. Or should we call it a theology? John Lennon’s god was what at times what he could discern from a mix of anger, insanity and common sense.

For example, John Lennon once said, “Our society is run by insane people for insane objectives. I think we’re being run by maniacs for maniacal ends and I think I’m liable to be put away as insane for expressing that. That’s what’s insane about it.”

Well it turns out Lennon was pretty accurate about that. The field of psychology has discovered that psychopaths really are running the world. The Atlantic for example ran an article in its July 12, 2012 edition titled “The Startling Accuracy of Referring to Politicians as Psychopaths.”  It bore these words:

“Psychopathy is a psychological condition based on well-established diagnostic criteria, which include lack of remorse and empathy, a sense of grandiosity, superficial charm, conning and manipulative behavior, and refusal to take responsibility for one’s actions, among others. Psychopaths are not all the same; particular aspects may predominate in different people. And, although some psychopaths are violent men (and women) with long criminal histories, not all are. It’s important to understand that psychopathic behavior and affect exist on a continuum; there are those who fall into the grey area between “normal” people and true psychopaths.”

So we can say that at some level John Lennon was right. He hit the nail on the head all those years go when he saw insanity in the actions of world leaders conveniently taking nations to war to satisfy their need for manipulation and confrontation.

Lennon might easily have pointed out the inhumanity of using drone fighter planes to shoot people dead without engagement. It’s a pretty crazy capacity that now exists to fight wars. A drone is the psychopath’s perfect weapon because it objectifies people as targets (from a distance) and then removes them from existence. How clean and neat is that? Pretty insane.

But the fact that such drones became essentially necessary to fight terrorism in a part of the world where economic interests have long trampled human rights is the real issue. There’s also the fact that these conflicts are all mixed together with religion and grudges–– new and old––that makes it all truly insane.

It almost takes a psychopath to ignore these facts enough to try to impose an ideology over the surface of it all. That’s what America did under Bush and Cheney. And of course it did not work. Because it was crazy to think it would work.

The entire enterprise was cheerleaded by a nation and a media that at the time lost its senses in the aftermath of the 9/11 terror attacks. Seeking any sort of enemy at all to attack, the United States lashed out in Iraq and Afghanistan without a real plan. Those who questioned these actions were branded weak or unpatriotic, especially by media sources that aligned themselves with the so-called war effort. A brand of jingoistic fervor bent on revenge burst forth from America’s wounded bowels.

We can only imagine John Lennon taking to the streets of his chosen home in New York City to question all that after the 9/11 terrorist attacks. It’s unlikely he would have sided with the terrorists and their choice of slamming planes into buildings. Lennon was not necessarily a liberal in that regard. In fact, that’s an easy one:

Instead Lennon might have encouraged Americans to look inside their own minds to discover whether their nation was acting in good conscience in the first place. The first Iraq War was ostensibly meant to deal with a political nemesis in Saddam Hussein. Yet America helped establish that despot and a few others around the world. Our CIA is always mucking about in the business of other countries. Our own FBI investigated and tormented John Lennon for years about his political views.

Lennon understood that’s how the world works. It’s all secrets and lies until someone points it out. Then when the truth is known, the psychopaths try to change the rules to cover up their actions and point the narrative in their own favor. He predicted that behavior in his song Revolution as well:

Hence we find ourselves in a cultural war between so-called liberals and so-called conservatives. One is trying to change the Constitution by using the Supreme Court to form the nation around a contradictory ideology of a corporatized and moralistic oligarchy that claims to hate government while trying to rule it. It doesn’t take much political savvy to identify the madness in that formula. Lennon would have called it insane.

Liberals meanwhile view forward progress in terms of leaving troubles behind. That’s not always true of course. And if you pile troubles onto troubles, that does not constitute a better whole.

It’s the philosophy of how to deal with those problems that gets us all into trouble. Conservatives seem interested in hacking the pile to bits and keeping the parts they like. Liberals seem focused taking time to sort it all out. Meanwhile the pile gets bigger.

We’re also facing a religious battle over whether America was formed (or not) as a Christian nation. The Constitution is pretty clear about that. It states clearly that America shall establish no state religion as a requirement of citizenship. It’s freedom of religion and freedom from religion that the nation was founded upon.

That gives us all room to operate with freedom of belief. But some people, primarily those who act like psychopaths, are not happy with the simple liberal principle that we should all be free to believe what we want. Lennon tried to reduce all that to simplicity. IMAGINE if none of that was an issue. If all we needed was cooperation and love to co-exist.

Some call him naive for those lyrics. But what a better imagining that actually constitutes than the world in which media companies owned by a very few despotic individuals feel compelled to preach a religious, political and economic ideology that is contradictory at its heart? Imagine instead that our media went back to genuinely reporting on the facts to the best of its ability. And how ironic: America now gets better and more truthful information about the world from sources such as Al Jazeera and the BBC than Fox News or MSNBC.

John Lennon lamented the manner in which the daily news itself seems to dominate the mind. “I heard the news today, oh boy…about a lucky man, who made the grade…”

His prescience in recognizing that temporary and petty thoughts distract from real values was one of his almost Christ-like qualities. Of course that leadership ability got him into trouble when he warned, not claimed, that the Beatles were becoming more popular than Jesus.

The conservative Christian worlds went nuts on that one, burning records to demonstrate their dissatisfaction with Lennon’s ironically truthful statement. Of course it was John’s point all along that people were out of whack with the whole popularity thing. He ultimately withdrew from the public eye to heal himself from the madness that was Beatlemania. So he was no hypocrite in that regard. The real hypocrites were the obsessive Christians who refused to hear his real message and learn something about themselves, and their children, rather than burning records.

We all know Lennon was no perfect soul. No one is. However his own psychopathic tendencies may have given him particular insight to the machinations of those trying to gain control of the world at any cost.

That’s why it’s funny that John Lennon loved advertising and its ability to convey complex themes in simple messages. That’s how he came up with brilliant songs such as “All You Need Is Love” and “Give Peace a Chance.” His lyrical mastery was the ability to cull complex messaging down to simple symbols by which people could access the sanity and dispense with the insanity of this world.

In that regard, John Lennon was very much like a certain Jesus Christ, who used simple (often organic) metaphors to teach spiritual principles to all those who would listen.

It’s no small lesson for all of us…that those who really chose to listen were often not those with the most power. Jesus ran afoul of the religious leaders of his day because his message was far too liberal for their tastes. He questioned their methods and their authority. They conspired then to capture and kill him.

And when Jesus was delivered to the Roman authorities it did not go much better. But according to the Bible, we read that Pontius Pilate at least tried to question Yeshua about the contentions that he was a king. We learn that Pilate then turned the Jewish enigma over to be flogged and crucified. Jesus’ fame as a teacher got him killed, in other words.

The world likes to think of itself as more sophisticated than the leaders in biblical times. Yet we can readily see the same patterns of people religious control and political force at work today. We still have our Pharisees and our Pilates to contend with.  Witness the conservative media backlash toward Pope Francis for being “too liberal” when the man is basically just preaching what the Bible actually tells people to do. The insane fact is that many so-called Christians have gotten so far away from the roots of their faith they no longer recognize it even when they see it. They are insanely concerned with power and pathetically unable to control their own zealotry. They are the modern-day betrayers of Jesus and His message.

John Lennon did not identify with the Christian faith, per se. But he surely recognized the insanity of the world and what it can do the hearts and minds of those who are trying madly to do the right thing, but for all the wrong reasons and by all the wrong methods.

That’s how we got where we are, for example, with an American population generally claiming to value life while tens of thousands of people die from unregulated gun violence every year. That’s how John Lennon died. An insane person bearing a gun walked up to him in 1980 and shot him dead, in the head, with a handgun.

Since that time it’s become easier than ever to own and carry guns these days. Even military caliber weapons are available to people who feel a need to shoot them.

Certainly if John Lennon had miraculously survived, as did Congressman Gabrielle Giffords, he might have a few things to say about how insane it really is that this country can’t escape its addiction to guns and the carnage they produce.

And had Lennon actually lived––yet lost his gift of producing music thanks to the brain damage he might have suffered––perhaps he would still find a way to tell us all how crazy the world (and especially America) stil really is.

And if you can’t see or accept that, then you’re one of the insane people trying to make thing happen through insane means. And you need to stop.

The Genesis Fix is written by Christopher Cudworth, author of The Right Kind of Pride available on Amazon.com.