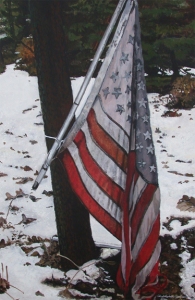 Having now read the cold, harsh details of the CIA torture report issued by the United States Senate, we can all agree that the tactics used by our government in an effort to extract information out of terror suspects was not our best moment as a nation. At worst, it was outright inhumane and possibly criminal.

Yes, the administration in charge checked to make sure their tactics were “legal” according to international law. But then there appears to have been little supervision of prisoner treatment across a number of fronts. So-called “black sites” were literally that: dark, dungeonlike facilities where prisoners shivered naked and were strung up like live meat or beaten, dragged and doused with cold water. Many more were waterboarded. Conservative commentators almost strung themselves up trying to contend that these practices were not torture. But the evidence always pointed otherwise. 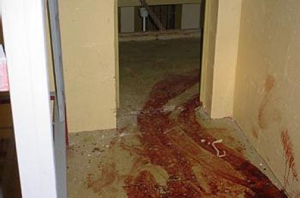 It all started with the Iraq facility in Abu Ghraib and got worse from there. America became an indiscriminate abuser. We even took pictures to celebrate our cruelty. When they were released our government officials complained that they would endanger the personnel in our armed forces.

Never mind the idea that our invasion of Iraq was an unnecessary and ill-conceived response to the attacks on 9/11. Never mind that rational citizens of the United States knew this all along, and were willing to trust the word of international inspectors who told us there were no weapons of mass destruction.

Instead the many millions of people living in fear of another terrorist attack were manipulated into believing the threat was imminent and coming out of Iraq. We quickly became a nation dependent on false information to justify our actions. 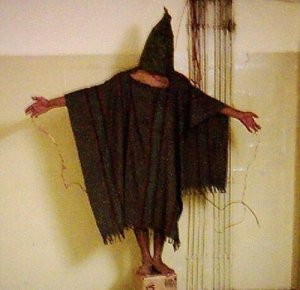 And then we began inventing terms to make our military actions and clandestine operations seem justifiable. We became a nation of euphemisms.

1. To make greater, as in value, beauty, or effectiveness; augment.
2. To provide with improved, advanced, or sophisticated features
To speak of the type of interrogation we used in Iraq and other sites quite an “enhancement” is clearly a calculated euphemism designed to avoid the truth of the brutality it represents. Here’s a definition of the word euphemism for clarity:
euphemism
1. the substitution of a mild, indirect, or vague expression for one thought to be offensive, harsh, or blunt.
2. the expression so substituted: “To pass away” is a euphemism for “to die.”.
Lying to us

There’s nothing that smacks of honesty in all of this. The very idea that we must concoct a term to hide the fact that are torturing people is a massively conceived deceit. The entire approach we took even leading up to the 9/11 attacks, in which the administration in charge ignored clear warnings about the intentions of Osama bin Laden to focus on plans to lay waste to Iraq, was deceitful. Then the fact that 9/11 was so clearly used as an excuse to justify our war against that country was also a deception. 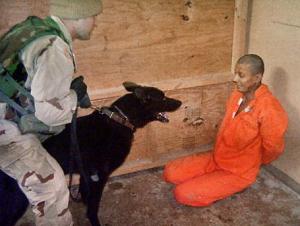 So when men like Dick Cheney step back in the limelight to call the recently issued CIA torture report “a load of crap,” there is no small irony in that statement. Based on documented information about the practices of the Bush administration and the euphemism used to justify rampant use of torture against often-innocent detainees, we are talking about one of the aggressively deceitful men ever to hold office in America. It all happened under his watch. He claims they knew everything that was going on. That means he approved it. Case closed.

Except for the fact that his supporters and admirers consider him some sort of hero, and that America as a whole has apparently elected to avoid investigation and prosecution of his very visible lies, Cheney would be facing a criminal tribunal, not talking to a Fox News camera like he was the Second Coming of Jesus. 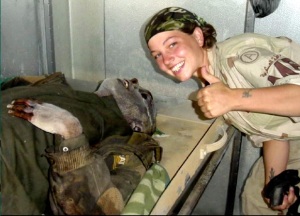 The euphemisms we use to lie to ourselves about issues like torture are not political semantics. They are evidence in the case against allowing ourselves to become inhumane. A nation like America with a supposedly moral foundation should not engage in such euphemisms or allow them to become standards of consideration when talking about freezing another human being to death or making them helpless and broken through forceful abuse.

Or perhaps we really are no better than that. Perhaps all those claims by conservative Christians that we are a “Christian Nation” are the real load of crap going on here. But consider this: the very people who seem to lack the cognitive ability to connect the dots between our words and our actions and who outright accept the euphemisms we use to justify hateful practices are really not good representatives of a faith that claims to understand the suffering of a man once tortured, beaten and hung on a cross by an angry, fearful nation that once considered all who stood in its way either zealots or terrorists.

That was Rome. And look what it got them. It remains to be seen whether America can turn out any better. Or are we just a euphemism for freedom, morals and democracy?