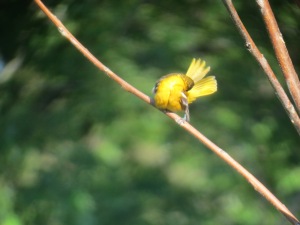 One of the interesting features of animal behavior is a phenomenon called redirected aggression. We see it in nature, which we shall soon explain. But we also see it in our cherished pets such as cats and dogs.

Some people like to refer to their pets as “family,” and certainly our pets become reflections of the environment in which they live. Some break the house rules by exhibiting bad behaviors in response to anxiety or stress.

Pet owners struggle to understand these behaviors. Most are simply a response to tensions in the household. Animals like to “know the rules” and actually get nervous, scared or angry when their owners or other creatures in the household refuse to give them respect or clear directions.

There’s a lesson in that for human beings because we’re not so far removed from our evolutionary history as some people would like us to believe.

Avid birdwatchers often witness behavior in wild birds that shows how redirected aggression manifests in the avian population. If a bird is confronted by a presence in their environment that makes them uncomfortable, nervous or threatened, they will actually engage in behaviors that look like they’re feeding or cleaning their bills when in fact that are simply wicking off nervousness or anxiety.

This behavior has an evolutionary purpose in that it mimics normal behaviors while giving the bird an opportunity to truly assess the perceived threat. Often birds are torn between the instinct to fly away or else stay and try to protect their nest, mate or young.

So much of human behavior results from similar perceptions of anxious situations. Everything from real physical threats (as in a dangerous neighborhood) to social or work pressures that make people anxious or unable to wick off immediate stress can result in redirected aggression in the human species.

Only humans are even more creative in their expression of redirected aggression. More and more we see tattoos on the arms and bodies of professional athletes. Their “tats” are a form of redirected aggression. The punishment their minds and bodies take from the sport in which they engage are often too much for any individual to bear. Those tattoos are as such a creative cry for help in the face of the pressures of stardom and so much attention.

Same goes with piercings and other forms of human adornment. Warrior or tribal societies have long engaged in extreme distortions and disfigurement of the human body as an expression of social status, but also a bold statement about the tension between fight or flight. It is no coincidence that youthful rites of passage often involve some sort of mark of change or adoption of a sign of maturity. For some cultures that means scars or tattoos. For others it is simply growing a beard (playoff beards?).

In all cases the human species is giving off signs that there is a tension between the current and future self.

It happens in human religions as well. Religion is, in a strange way, the most common form of redirected aggression. There is a passive/aggressive component to every brand of faith. In Christianity it is a tight balance between Old Testament genocide versus New Testament theology that says “Love your enemies.” The faith is therefore torn between these two extremes, alternately sharpening its swords and turning them into ploughshares.

There is a cost to dealing with such tension. Believers find themselves stuck in a fight or flight mode, alternately wanting to defend the faith and yet follow the dictums of Jesus in which we are told to “turn the other cheek” and give up the cloaks on our back to any who would challenge us for them.

We are like birds on a branch staring down an intruder as the instinct to fly away and avoid a confrontation drives us to distraction. We wipe our bills nervously on the branch in an attempt to show in some instinctual way that we’re not really scared. 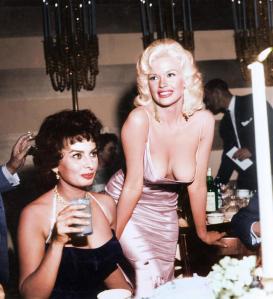 We see the same thing with repressive preachers who turn out to be adulterers or gay like the people they most like to accuse and persecute for their sins. It’s all redirected aggression.

That’s the world we live in. It causes hypocrisy at so many levels, be they political, religious or civic. If we all just understood our animal natures a little better, and then accepted the fact that our inner animal is giving off signals of distress, we might be better at finding honest solutions and responses to our most pressing problems.

After all, even God seems to have expressed a bit of redirected aggression over time. His bargain with Satan in the persecution of Job comes to mind. So does his negotiation with Lot over the fate of Sodom and Gomorrah. These stories indicate that aggressive tendencies need to be understood in all their subtleties and gravity in order to be controlled or avoided.

Otherwise it’s all fire and brimstone, lies and manipulations. Living in a world of redirected aggression is simply not much fun. But tattoos are, because they venture into the realm of the taboo where we all reside in quivering wonder as to whether we are actually creative or the product of an environment where no one can be honest with each other. So we try to wear or feelings and instincts on our sleeves. And use any means we can to get there.