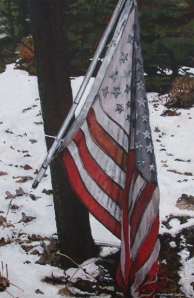 Aggressive stupidity is wearing us all out.

Another round of CPAC madness is nearly through in America. A parade of Republican zealots highlights the speaker list, with Grover Nordquist standing proudly at the front of the line proclaiming that any Republican who agrees to tax increases of any sort “are rat heads in a Coke bottle. They damage the brand for everyone.”

How is it that Nordquist fails to see himself as the rat in the bottleneck of Republican common sense?

And how interesting that another CPAC attendee, Governor Bobby Jindal of Louisiana–himself a possible presidential candidate in 2016–once said of Republicans, “We’ve got to stop being the stupid party.”

Jindal has been castigated for that remark, of course. It is not in the nature of conservatives to admit they might be wrong or stupid about anything.

Even when proven desperately wrong by enaction of their own nation-devastating (America and Iraq, to name a couple) policies during the horrid debacle of the George W. Bush/Dick Cheney years, Republicans would not find any ground for confession that their whole ideology might just be aggressively stupid. Even when conservatives ruled all three wings of government, things didn’t go right. Bush racked up a trillion dollar bill for his wars of choice that America can’t pay off. We’re still borrowing to pay $2B a month to mess around in Afghanistan. So what do Republicans do? They point fingers at social insurance policies such as Social Security, Medicare and Medicaid as the problem as if saving older people from destitution and medical disaster costs a nation more than war.

Aggressive stupidity is a bad habit that can be fixed. But it’s hard, like shaking alcoholism or more accurately, a gambling addiction. Aggressive stupidity is a gambling addiction, to be precise. You are gambling that your brand of stubborn ideology, if backed by sufficient bets on the table, will win the day. Of course that’s been America’s global defense policy for decades. We now spend more on defense than the next 17 nations combined, and in many ways are less secure than ever. Yet here was Mitt Romney standing before the CPAC and insisting that Republicans put a powerful US military at the top of their agenda. “Do whatever you can to keep America strong, to keep America prosperous and free and the most powerful nation on earth.” Rah rah Mitt. That’s what got you where you are, buddy. A loser claiming you had all the right ideas.

For perspective, that statement by Romney pretty much fulfills everything President Dwight D. Eisenhower warned Americans about when he cited the evils of the military/industrial complex as our worst enemy. The idea that we cannot be free without killing everything in sight is ludicrous, expensive and costly to the American spirit.

Killing ourselves in the name of the Constitution

It was recently learned that more Americans have been killed in their own country by gun violence than in all the wars ever fought by the nation. Yet we are locked in a battle over Second Amendment rights that Republicans use as a blunderbuss to cow a bunch of ignorant, one-issue voters into thinking Democrats are going to take away their guns. And when reasonable gun control laws are proposed, such as required background checks, Republicans run for cover behind the blazing guns policies of the NRA, who could think of nothing better to do in the wake of the Newtown, Connecticut shootings than to stick a bunch of armed guards in every school in America, and force teachers to get gun training. And to arm the teachers.

That is aggressive stupidity. One feels no shame in calling out stupidity in such circumstances. There is no risk of insult when the stupidity is so glaring in so many cases. Republicans are not stupid people, although even the wealthiest were targets of the incisive wit of one Mark Twain, who warned us, “All is takes is ignorance and confidence, and success is sure.” The humorist knew that aggressive stupidity really can win the day.

And when Republicans lose as they did in the 2016 selection (it wasn’t an election, but a selection of Obama against aggressive Republican stupidity) the party can think of nothing other to do than find a way to cheat the system. So Republican governors are gerrymandering ways to stifle Democratic voters any way they can.

The conservative party is shrinking like a set of testicles in a cold wind. Their policies appeal mostly to rich white voters, who are aging, as well as the ignorantly disenfranchised brand of gun-toters and a huge block of fearfully religious bigots who can’t seem to understand that their own Bible contradicts everything their party stands for.

Coming out to common sense

God Bless Republican Senator Rob Portman, who came out in favor of same-sex marriage once he learned that his own son is gay. “I’ve come to the conclusion that for me, personally, I think this is something that we should allow people to do, to get married, and to have the joy and stability of marriage that I’ve had for over 26 years,” he told CNN. “That I want all of my children to have, including our son, who is gay.”

The Bible is wrong about homosexuality, just as it is wrong about slavery and hundreds of other former laws of religion that no one ever follows. Yet biblical literalists foment their brand of aggressive stupidity toward gay people with tired old contentions that homosexuality is a sin against God, and that being gay is a choice, a lifestyle, and to one all should be opposed. The Republican Party has embraced this brand of aggressive stupidity for years because it wins them votes, gains them power and makes them feel all righteous and true.

Until one of their own finds out they have a gay child. Even the Heart of Darkness Dick Cheney admitted that he loves his daughter and can’t persecute gays any longer as a result.

As for Portman’s position, Republicans were aggressively cool to his very personal admission that his life has changed for the better in accepting his son for who he really is. Politics trumps all other notions of sanity, you see. As quoted in a New York Times story, “A spokesman for Speaker John A. Boehner, who is also from Ohio, said Friday that while Mr. Boehner “respects” Mr. Portman’s position, “the speaker continues to believe that marriage is between a man and a woman.”

That’s a form of aggressive stupidity, Mr. Boehner. Because if we took a certain pronunciation of your name quite literally, we would be forced to believe that you are actually a turgidly erect member of Congress that has no conscience. Well what do you know. It turns out that some forms of aggressive stupidity do prove true in practice. Two can play the game Republicans like to play.

We’re even forced to consider the aggressive stupidity of the new Catholic Pope Francis I, who embraces the poor but opposes birth control. That so-called “position” makes no sense if you spend a moment considering how overpopulation vexes the entire world.

But what do you expect from a religious brand that demands its priests to be celibate, then denies their policies have any consequence when a scourge of child sex abuse infests the church. Birth control dictates are ignored by more than 90% of its members, some polls report, yet the church and its patriarchal brand of aggressive stupidity keeps on rolling with a pope that stands by the position that spending sperm in a condom is a bad thing.

Well, has the Catholic Church ever been wrong before? They almost killed Galileo for sticking up for the scientific perspective on matters universal. Then there were the Crusades, and the Inquisition, and for a while there, an insistence that the theory of evolution is wrong.

Aggressive stupidity runs through the most powerful organizations on earth. It is the hallmark of psychopathy, the aggressive will to dominate and coerce and kill in order to have your way, and have it now.

I’ve got mine and I hate yours

It’s the “I’ve got mine and I hate yours” brand of politics that is gutting America. Yet here is the CPAC closing comment. “The popular media narrative is that this country has shifted away fro conservative ideals, as evidenced by the last two elections,” said Texas Governor Rick Perry, who when asked couldn’t seem to remember what programs he’d like to cut if he were president, “That might be true if Republicans had actually nominated conservative candidates in 2008 and 2012.”

The all-time king of aggressive stupidity, however is Rick Santorum. The man combines both dunderheaded conservative politics and a conservative catholicism that forces him to spew hate while pointing fingers at Americans who don’t think his way. He had this to say about why Republicans are failing so miserably at convincing Americans their way is the right way, “Face it, the left can always promise more stuff, and make is sound like they care more, because they make it easier for Americans by providing stuff for them, through government programs, paid by by somebody else’s money.”

Jesus loves you Rick. But he would tell you that you’re an insane hypocrite. Just like the rest of the aggressively stupid people who run your party and elections by running lies and manipulations up the flagpoles of country and God.