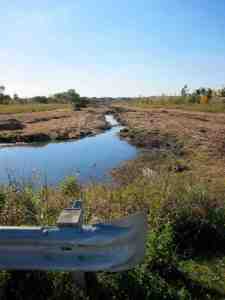 Back when our family had plentiful opportunities to camp in Wisconsin and other woodsy sites across North America, we often traveled on day trips to visit other parks and go on adventures in places like Pictured Rocks National Seashore in Michigan’s Upper Peninsula.

It is always a pleasure when vacationing to enjoy the view of the woods as you whiz past on some state highway cutting deep through the forests.

Throughout the country there are designations for different types of state and government-owned forests. There are national and state forests. National and State parks. Bureau of Land Management property. All these different entities affect how those properties are managed, how much wood or other resources can be extracted (especially, these days, oil and natural gas) and in what manner.

In areas where tourism counts, keeping up appearances when it comes to the north woods is vitally important. Yet in areas where the timber industry, for example, is a key component of economic health, it is considered equally important to grant harvesting access to private firms that harvest wood of various types. Pine and hardwood are still valuable commodities in America. Competition for rights to harvest wood from public and private landowners can be quite keen. Building relationships and managing the extraction process well are also key elements of successful forest management. It is a convoluted game involving billions of dollars.

Balancing the economic and timber harvest interests of a region with tourism and outdoor recreation can be tricky. People on vacation are not exactly fond of seeing clearcut land as they drive from place to place. There are few more ugly sites than a forest that has been chopped down. Stumps and torn up brambles present a scene of apocalyptic chaos. It can be downright disturbing when you’re driving through thick pine forests mile after mile to suddenly be confronted with thousands of acres of torn-up forest and soil.

So they sometimes don’t let you see it. Timber companies adopted a practice of protecting the public from such sights by leaving a thick line of trees standing alongside the road. That tree line provided a visual buffer against the carnage of the clearcut land behind the roadside trees.

The first time one realizes the pathetic purpose of this ruse, there is a feeling of real betrayal. When you imagine you’re passing through serene forests and then get a glimpse behind the scenes where the roadside woods thin out and you can see through to the hell and waste beyond, it’s like pulling back the veil on a very bad dream.

Wandering a clearcut on foot gives a better view of what the extraction process is all about. For all the glorification of timber haulers and woodsmen on reality TV these days, it really comes down to one thing: chopping down trees any way you can. The woods are left to recover any way they can.

Yes, there are methods and techniques in place, and standards to be met. But let’s not fool ourselves. Once you chop down a forest, it really is gone. The whole ecosystem disappears, sometimes overnight. Along with it goes the naive dream that the forest was meant to exist for any reason other than providing profit to the people who extract those resources and leave little behind.

Yes, the companies that take down trees also plant new trees. Yet many times these trees essentially comprise a monoculture that grows at the same general rate, dominating the landscape with a consistent look and feel. Much of America’s north woods and especially its “National Forests” have this look and feel. A diverse woodland of mixed hardwoods and pines is considered much more difficult to manage and harvest than a simple plantation of trees where you can literally drive along the rows and level the trees when they reach a desired height.

Contrast that with the deep ecology of an old-growth forest with its nobnobbed layers of downed and rotting trees, mosses and native plants, wildlife and micro-climates, and the two just don’t compare. That’s a good thing. We need to protect it. That old growth forest symbolizes the deep roots of America values.

The monoculture forests we tend to grow in their place symbolize the shallower approach to maintaining our heritage and values. The diversity of a forest is its life. Impatience with that diversity is a sign of a worldview that cares not whether the forest exists for any purpose other than extraction of its wood products. The fact that America’s national forests often stand only for that purpose is disturbing at its core, for it represents the commodification of life. It is an ironic fact that it seems the very people who proudly brand themselves “Pro-Life” seem determined to ignore that fact that the raw commodification of life is just as dangerous. It is apparent their worldview focused on the merits of human endeavor became disconnected from a respect for creation and life itself. The cause of this disconnect may be casual or willful selfishness, or an ignorant, shallow interpretation of the texts that inform their worldview. Hurdling over the issue by claiming a right to dominion over the earth ignores an important truth: that with dominion comes responsibility, and strictly commodifying the creation you were entrusted to protect is the most cynical abuse of that trust imaginable.

It is that strict commodification of nature that made timber interests leave buffers along the roads so that tourists would not get peeved or disillusioned by the sight of the radical clearcuts beyond. It is a desperate illusion, of course, and indicative of a cynical approach to social morality that says people won’t object to what they cannot see. The sad thing about not being able to see the clearcut former forest for the trees is that it symbolizes so much of what goes on in the American in other ways.

Our society puts up with all sorts of obscured commodification, including companies hiding dangerous truths about the chemicals and food substances we eat, as well as products that cause cancer and obesity and mental illness. We have politicians hiding facts about these practices while conducting government for their own cynical economic and political gain. This is far worse than the fox guarding the henhouse. This is a clearcut case of wholesale corruption in the political and civic business of America.

And it all starts with cynicism, the belief that “your ideas” are more important than the welfare of society as a whole. Others might call this fascism as well. For clearcut ideology, the “winner take all” brand of politics, bears all the signs of propagandist practices of the past. America fought fascism on a grand scale in World War II, yet it seems unable to recognize or control its own fascist tendencies back home.

As one illustration of American fascism at work, the term “greenwashing” was invented to describe the behaviors of companies that concoct environmentally friendly names to market products, services or ideas that are in actuality far from Green in nature. That line of trees along the roads designed to obscure the ugliness of forest clearcuts is a form of greenwashing. But so are “Astroturfed” organizations created to serve the interests of companies whose business practices actually harm the environment in many proven ways. The truth about the media age is that if you are astute enough to push your messaging out in palatable ways, and are aggressive about deliveyr of that message, you really can convince people you are acting in their own best interests even if it is literally killing them and their neighbors.

Ultimately all forms of ideological disguise is a form of greenwashing, and also fits in the fascism spectrum as well. It happens all the time in politics, religion, economics and entertainment. The sad truth is that it is often the most harmful forms of ideology that go to the greatest lengths to obscure their real purposes. We see it in politics when candidates make their stated goals sound appealing to the very people those policies would harm the most. By the time the truth comes out after the election, those candidates are elected officials with the power and authority to impose clearcut actions in their respective territories of jurisdiction.

It happens with Senators, Congressman, Presidents and Judiciary nominees. They can say whatever they want to get elected or be appointed, but once in office their clearcut nature comes out. Some even cut down the trees along their ideological roads and contend, “You knew what you were getting when you put me here. Now deal with it.” As a result we now have laws in place that grant personhood to corporations, the ultimate commodification of individual citizenship in America.

Still, America loves to foment its illusions of Yankee exceptionalism. We love to pretend that we live in the greatest nation on earth because from all appearances that we can see, that is true. So we drive along our country roads with green trees growing on either side and love to think those trees (there they are!) along the road symbolize God and Country and that all is right in America.

But too many people never take the time to consider the deadly illusion created by that thin band of trees, which were specifically left there to deceive the public, while behind that faux forest, grand schemes of extortion and extraction are being executed. The Great Recession of 2008 was an opportunity to witness the clearcutting taking place behind the barrier of social and economic trees, as Wall Street, mortgage schemes, derivatives and deregulation each got busy chopping down a sector of our economy. We almost got clearcut right down to a Depression.

Real Americans paid for the costs of that clearcutting. But here’s the sick part. We not only paid to have our woods chopped down, but let the people who chopped them down sell off the wood for profit, keep that money for themselves and award themselves bonuses for doing such a good job of clearcutting the economy. No one went to jail for this wave of criminality. Instead Americans were told we’d have to consider austerity as a means to regrow the forest of our economy. Go out there and plant a tree, we were told. And good luck. Hope it grows.

Maybe it’s fans of reality TV shows like American Loggers, that buy the myth that cutting down trees, both literal and metaphorical, is the path America needs to take to prosper and regain its moral high ground. So along comes a fellow with a square jaw and an outdoorsy look who says seemingly nice yet vacuous things about trees being the right height in Michigan. And people somehow buy his message. Yet he’s spouting the same clearcut ideology that wiped out the American economic forest the first time. He and his woodchopper friends are telling us again that chopping down the trees is necessary to save the forest.

That’s a very clearcut way of doing things, to be sure. But what will we have left? Surely not the America we love, or will recognize. At least not behind the trees along the roadside of life.